Gabriel Bisset-Smith is one half of wild sketch outfit, Guilt & Shame. They return to the Edinburgh Festival Fringe in 2014 with their brand new show: Guilt & Shame: Going Straight. But as Martin Walker learns, their show isn’t as straight as all that…

“I’ve started a strange cult based on the teachings of Jeremy Clarkson which all the audience are invited to join. Rob wants to join but he’s gay and only ‘real men’ are allowed. Luckily I’ve devised a series of absurd steps to turn him straight.

“The show challenges the idea of what it is to be a modern man and how heterosexuality and homosexuality is viewed in our culture. It’s dark, hilarious and shocking. Plus there’s dance numbers and a rapping dwarf. “

How did you meet your sidekick Rob and why and when did you choose to start performing together?

“We’re best mates and spent years partying together. We would always end up entertaining our wasted mates at six in the morning and they seemed to find us pretty funny. So we thought why not do a show in Edinburgh where there’s a whole city of wasted people. Rob had done some sketch comedy before and I was a playwright so we combined the two to make our narrative sketch based style.”

“Clever dumb. We want you to think about big issues whilst laughing at cock gags. As I’m straight and Rob’s gay we have a strong lean towards sexuality issues/confusion. We’re a foul-mouthed Mighty Boosh or a smutty Max & Ivan.”

If there was a book of Gabriel Bisset-Smith’s life so far, what would it be called?

“Mine would be called, Diary of an International Playboy and Rob’s would be, Thank God I Met Gabe.” 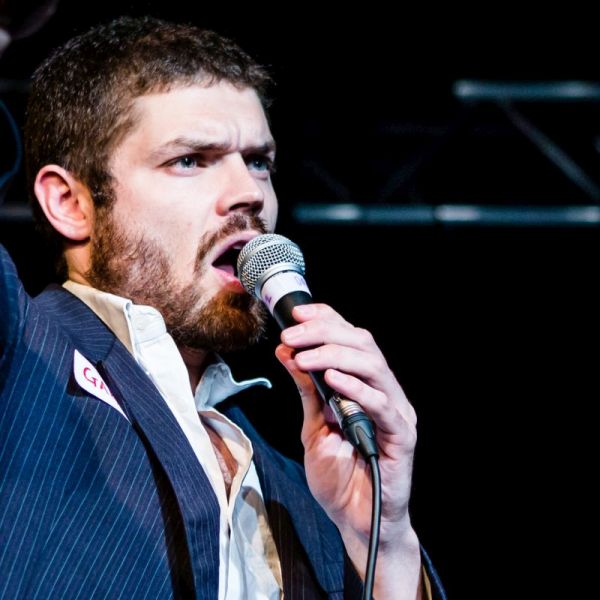