After an eventful year, I’m feeling the paradigm shift and trying to figure out my place in this brave new world. I explore my own agency, the third-culture-kid-experience, weight loss and what this shift may mean for me as a woman of colour.

It was in Sweden 2008, I did the beginners competition “Bungy Comedy”, which is reserved for people doing their first ever performance. I was the most nervous I’d ever been walking on stage and as I did my opener the audience laughed and I felt how all my nerves released and I relaxed. Next thing I know I was walking off stage. I had a total black out and to this day can’t remember what I did.

I do still get nervous before each gig, so to take my mind off the nerves I tend to write down my set list over and over again like a person who cannot handle their nerves.

One that I liked reading was the one from Eve Livingston for the Skinny from last year’s fringe. She picked up on all the nuances of the show which surprisingly seemed to have passed many of the other reviewers by.

The objectively worst review I’ve ever had is from Paul Whitelaw for the Scotsman, also from last year’s fringe. He did not like me or the show and said “her anguished intensity becomes overbearing at times and – crucially – she’s not particularly funny. I left feeling unmoved and slightly irritated”. I don’t hold it against him, as it’s quite amusing how visceral his hatred for me was. Also the fact that the Scotsman actually published a quite poorly written review that was only 90 words short, made me question how serious their fringe coverage actually is.

No, it’s quite pointless for your show and would only serve to boost or crush your ego.

There are very few reviewers that strike me to be actual comedy fans, who review from a place of joy rather than straight critique. At times it can feel like they are trying to identify all the flaws rather than identifying the idea and examining the show or performance from that perspective.

I believe that you can joke about anything but with it comes a responsibility to actually have jokes and an actual intent behind what you are doing, especially the more sensitive the subject you choose to talk about. Otherwise it does just go down the road of unrefined shocking and can eventually become offensive or even hateful. There have been and still are a lot of rotten views or unexamined statements that have hid behind the banner of “comedy” and “joke”.

No, as long as you give what you want to say about the subject some thought and actual work into making it a thoughtful, funny joke.

Oh yes, like any stand-up, especially starting out as you just try and learn how to write jokes and can confuse shock with surprise which is what a punchline is.

Oh yes, like any stand-up, especially starting out as you just try and learn how to write jokes and can confuse shock with surprise which is what a punchline is. 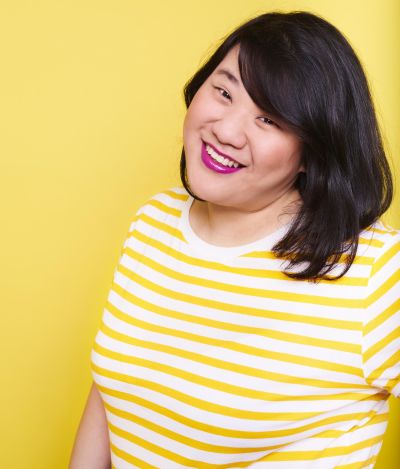