Does modern life anger you? This Edinburgh Festival fringe you can join surgeon Jenan Younis on one person’s journey to finding inner peace. You can meet a plethora of characters including a Russian white van man, shabby chic Kirsty, Samira the South London rudette and more. Sit back and be masterclassed… in A Masterclass in Anger Management.

“It all kicked off when one of my bosses turned around and said ‘Surgery is not a career – it’s a personality disorder’; Up until then I vehemently steered clear of using my job as a source of material. The show is my own personal rant – some may say therapy – over what it means to be female and be a surgeon in the twenty first century NHS, centred around the experiences of being dispatched to a course on anger management – an emotion not often well controlled by surgeons.

“I hope to bring to life the people I introduce to you along the way who are all so vastly different but very real from the operating theatre to Jazzy Jazz in the Carphone Warehouse, Samira the South London rudette and a Russian white man van among others. I am fascinated by human behaviour, namely accents and voices – the saying that ‘it is impossible for an Englishman to open his mouth without making some other Englishman despise him’ rings true in the show to a whole different level intermingled with undertones of ethnicity, politics and gender all thrown into the mix.”

So how does a surgeon become a stand-up comedian?

“How does a surgeon not become a stand-up comedian? There is such a huge wealth of hilarity amidst the gravity of the job on a day to day basis, laughing is often the last option left to resort to!

“I’ve always been involved in performing arts, when I was younger I sang for the ENO and at medical school spent most of my time acting in theatre productions. After graduating, our theatre group naturally fragmented and dispersed. I was desperate to get back on stage and a friend suggested stand up which I categorically ruled out. After a couple of years of persistent harassment I took the plunge with open spots at the Edinburgh fringe last year and haven’t looked back. It’s such a unique method of performing being responsible for not only the content, direction and delivery as well as serving as a wonderful emotional outlet!”

How do you feel about the recent changes to the NHS?

“Well I think you’ll just have to come along to the show to find out!”

“To chillax and never suppress the inner artiste.”

“The larger than life Gina Yashere, the legendary Omid Djallili and the incomparable Russell Peters.” 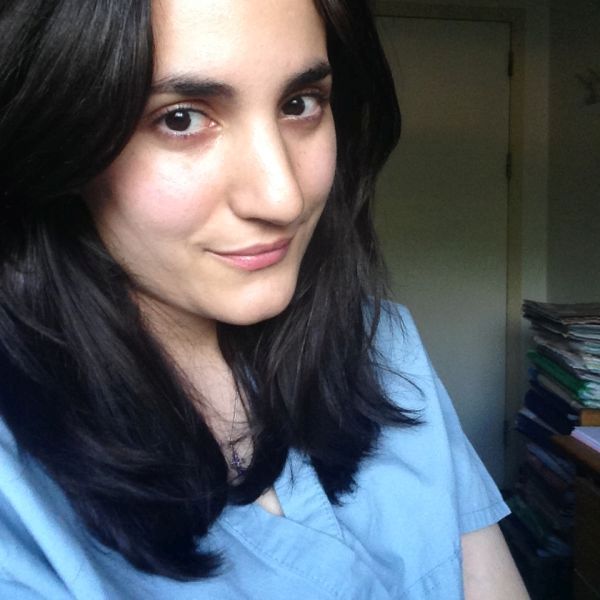