When a prisoner requested Mathilda Gregory’s werewolf erotica novel, a court had to decide whether her work had enough literary merit to be allowed behind bars. Martin Walker caught up with Mathilda by email as she prepares for the Edinburgh Festival Fringe.

“My show, Werewolf Erotica, She Wrote is about my life writing werewolf erotica and what happened when one of my novels became part of an American court case. At one point I get my cock out – and that’s not even the weirdest thing that happens. It’s all true. Except the parts about werewolves being real. Werewolves aren’t real, at least as far as I know. And if anyone should know, it’s me really.”

“It’s such a great opportunity to put on a show simply. I haven’t performed at the Fringe since 2001, but the Free Festival makes it so easy to put a show together and bring it to the fringe (although they have missed a trick not offering to write the show for me. I suppose no one is perfect). I have an amazing, ridiculous story to tell and Laughing Horse is the best place to tell it. Also, they are a horse and I like animals.”

“I started in 1998, but somehow managed to take more than a decade off in the middle of that. I am an amazing procrastinator. I started performing in shows in Brighton, where I live, and when I decided to start again I did the same thing. I thought it would be hard to go back, that it would be like starting from scratch again, but luckily there does seem to be some muscle memory in there somewhere. I can still remember how to stand up, so there is that.”

“Worst: I once got booked to do a gig at some kind of convention for people who owned VW Beetles, who just wanted to drink and dance post doing whatever they did with their cars at their convention. I think these things often go wrong when someone decides to book a comedian to entertain some people who don’t really want to listen to a comedian. It was basically an exercise in futility. Absolutely no one in the room wanted a comedian to start talking at them, except the person who had booked the comedian. There was also once a gig in a Chinese restaurant where I had no stage and no mic. At that point, I just became a mad person shouting at people in a restaurant. And that’s my hobby, not my job.

“Best: The bragging rights type things, like, oh, I was once on between Stewart Lee and Frank Skinner. Always good. Or when that magic happens. One night I had a throwaway line about ‘rude place names’ and off the back of it, people started to shout out suggestions. All I did was repeat them back and every single one got a huge laugh. I got so much good feedback from that set, but I hadn’t done anything, except vaguely edit what the audience were shouting. Some nights it’s amazing what you can get away with. Especially when you are getting away with just shouting the name of the village of Fulking into a mic, and you didn’t even think of that yourself.”

“I really like stuff about gender. I love the current wave of feminist stand ups. Bridget Christie and Adrienne Truscott both won Fosters Awards last year, and it was an amazing year for women doing stand-up about feminism. I’d love to see a TV show reflecting that. I’d also include Nadia Kamil, whose show I loved last year and Josie Long who is always good. I’ve see a preview of Luisa Omielan’s new show and that’s amazing.

“Oh and Louie CK. I’m not sure if he’s actually a woman, but if no one mentions it we’ll probably get away with it. I don’t think many people would complain about Louie CK being in something.” 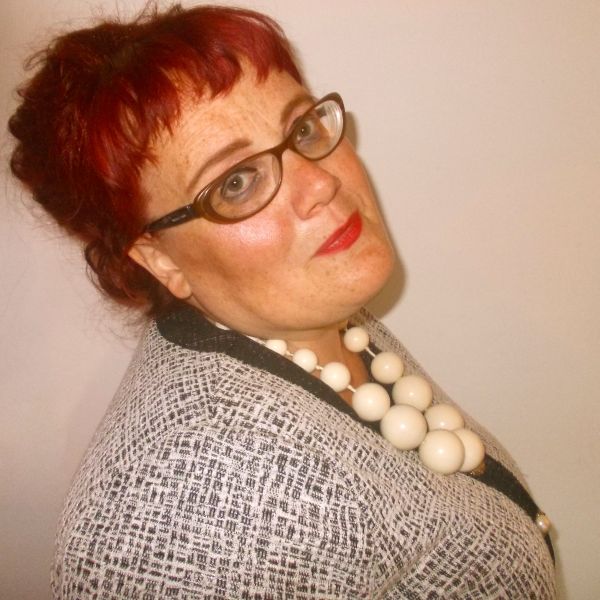