In the true spirit of the Edinburgh Festival Fringe, multi award-winning expeditionary comedian, author and explorer Tim FitzHigham is back in town with a brand new show. Martin Walker asks about the fascinating story behind Hellfire.

“I got an anonymous letter – I’ve had a few before – but this one seemed to be in code. I’ve had a few in code before too. I tried to crack it. Cracking the code led me down all sorts of amazing paths – everything from Celine Dion to Alex Salmond – some would say they’re quite similar – but finally I hit a thing called the Hellfire Club.

“The Hellfire club – depending on what you read – is either a collection of Flashheart-style rakes and drinkers who met during the 18th Century, or it’s a 2000 year old cult that runs the world from a pentagram, and still does to this day. I’ve been following leads chasing down freemasonry, lodges, illuminati, land transfers and gold, trapped in a Da Vinci code of my own, and now is the time to finish this. That’s what my show Hellfire is about.”

“I do something that I think it probably best called gonzo expeditionary comedy – I follow a lead / mission / idea with the enthusiasm of a Muppet and don’t give in no matter how broken I get. Then I tell the true story of what’s happened. I show little films like a gonzo journalist and the comedy comes from the truth of trying to achieve the impossible idea in a real world filled with reasons to stop it happening.”

“Strap in – follow all that stuff that’s in your head. Don’t give in and enjoy this as it’s going to be great.”

When did you decide you wanted to perform on stage and how did you get started?

“I’m not sure I ever decided it. I think that would be desperate and psychotic. I’ve always enjoyed stories, doing my projects – rowing the channel in baths, unfeasible distances in paper boats, hollowed out logs, running across deserts in armour and so on – and making people laugh. Being on stage gives me a great chance to do all of those things. If I wasn’t on stage telling stories I’d probably still be propping up the bar of a rum shop telling the stories or making farmers laugh somewhere.

“I always remember enjoying being on stage and feeling at home there even when I was small. I wrote little sketches when I was 12 and used to write jokes and cartoons to make my grandfather laugh. Later I started telling stories in a rum shop – then I realised I needed to understand a bit more about ‘the stage’ if I wanted to confidently suggest to people I had a ‘show’ they should see so I went to RADA for a bit (I didn’t finish the course) to learn some skills. Then I got nominated for the Perrier Best Newcomer Award – there’s an award a bit like that now called the Edinburgh Comedy Awards – and since then have been touring, doing my projects and making people laugh.”

“I’d quite like to get people like Simon Munnery involved as I don’t think we see enough of him. Andrew Maxwell would be there, Glenn Wool I’d imagine, Al Murray and perhaps a bit of Footee, and Carey Marx is on very good form at the moment. I think I’d then have a trick by the Great Gonzo, then get a spirit medium to link to Spike Milligan and Eric Sykes. I think I’d also invite Ranulph Fiennes, Scott of the Antarctic, Shackleton and Thor Hyerdal (Danish explorer archaeologist)… the show would then go into a story with Kenneth Williams before finishing off with a song by Morecambe, Wise and Jimi Hendrix. I’d watch that…” 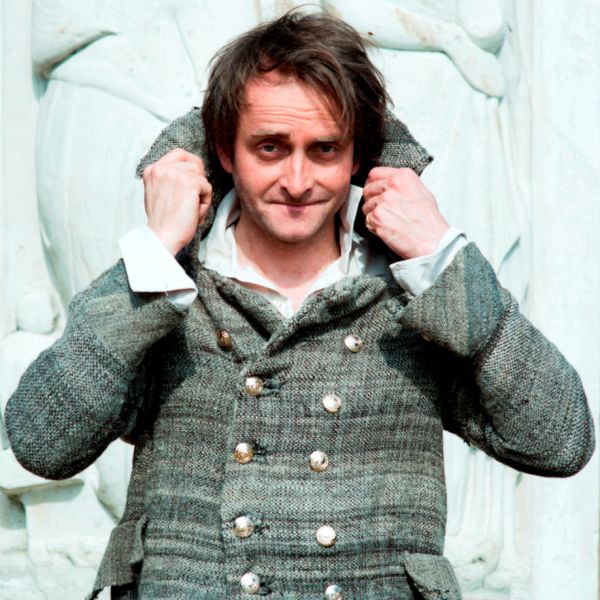