So! I’ll be bringing my magic to Underbelly with a show that pays homage to growing up in the 90s/00s. You can expect tricks based on the hit game Cluedo, Roald Dahl books and even Back to the Future! The show is full of nostalgia for whoever lived through that time and is great for kids too!

I adore Edinburgh. This will be my 7th year at the Fringe and there’s nowhere I’d rather be in August. No where in the world can you perform your show in such an environment for a whole month consecutively. I love the venues, the shows, the people and the food! Shout out to Scoopz Ice Cream. The best in Edinburgh!

Nick Mohammed’s Mr Swallow was one of the reasons I became a magician. The way he took classic magic acts and flipped them with his bizarre sense of humor made me want to get up and do the same! In terms of comedy, a current big inspiration is Bob Mortimer. I’ve just finished his book and highly recommend to anyone looking for a new read.

So many this year! I’m looking forward to Ben Hart’s magic show at the Pleasance. Ben has a beautiful way of performing which is hypnotic. Other magicians I’m excited to see are twins Kane & Abel. Go and check them out! Outside of magic, I’ll be popping along to see Adam Kay, Abandoman and Catherine Bohart!

With so many comedy shows at the Fringe, why should audience members watch some magic?

Magic is a universal language. Magic takes us back to being a child again. Every time I am fooled by magic I feel like a big kid. Taking the time out of your Fringe to feel wonder is an incredible experience. I think most people remember magic as being a creepy kids entertainer they had when they were younger but it’s so much more than that. It’s a unique, beautiful art form and is unlike anything you’ll see at the Fringe. 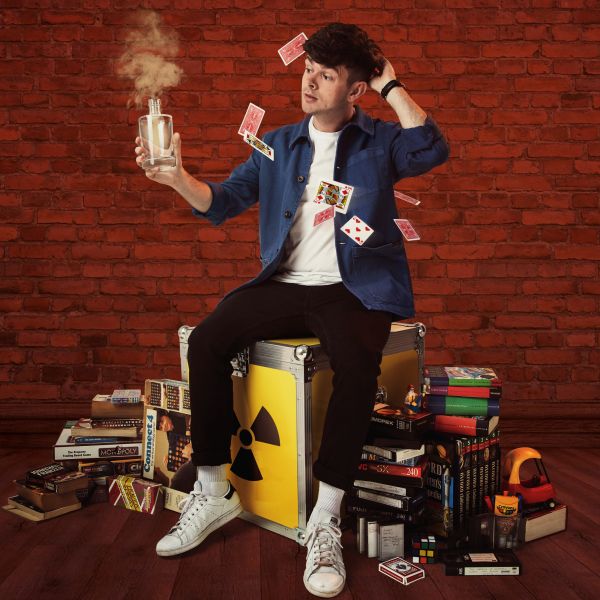