Greg Proops is a stand-up comic from San Francisco, who now lives in Hollywood. He is best known in the UK for his unpredictable appearances on Channel 4’s inprov show, Whose Line is it Anyway? Martin Walker asks about his Edinburgh reunion with Clive Anderson, but his first question concerns Greg’s Fringe show, The Smartest Man in the World.

How long have you been running the Proopcast?

“Time is a concept invented by the fascist paradigm to force the masses into involuntary servitude by having their hours parcelled out to the dominant overlords. Three years. We have been hosted by The Gilded Balloon for the last three Fringes. Whatever I make I donate to the bar.”

“Clive and I are rooming together in a flat on 17a Porteous Pend. The party starts in his cupboard. Josie Lawrence is astonishingly good and for that I can’t forgive her. Steve Frost is a dynamo of energy and quips alas when we are at the pub afterwards. Richard Vranch has a pet piglet he brings for luck. Colin Mochrie is going to be doing all the heavy lifting. I will be dancing for my very life.”

“Buy Apple when it is invented.” 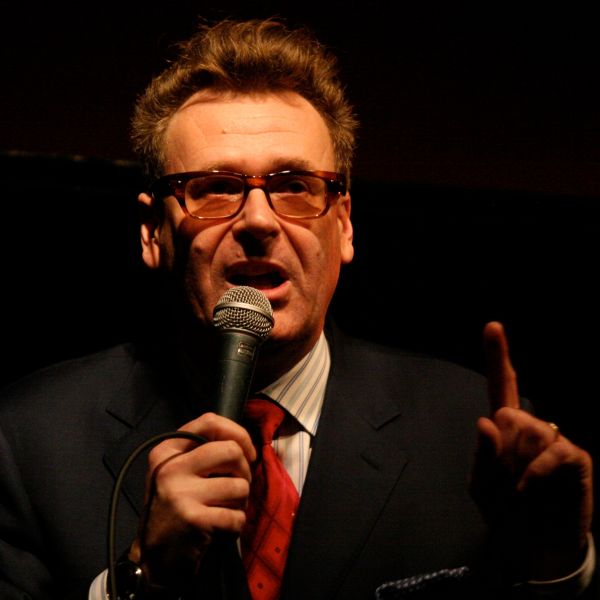