For this year’s Edinburgh Festival Fringe, Irish comedian Alan Irwin has transformed himself into a man who parties hard – and he says he can transform you too. Once dull and lifeless, Alan now rocks every room he enters. Probably – he hasn’t asked anyone else how they feel about it.

“The whole idea came out of my constant struggle to be interesting, or rather to be seen as interesting. A previous relationship of mine ended for a number of reasons, but one of them was that I just wasn’t fun enough for her, and that bothered me for a long time, until I realised that it was more important for me to try to have fun rather than ‘be fun’.

“So the show, in a nutshell, is about learning to be comfortable with who you are, and never being ashamed to like what you like. It’s also just a bit silly – as well as the usual sexual mishaps, I try to solve the Middle East peace process, get engaged (my girlfriend’s particularly happy about that one) and talk about the time I got drunk with Van Morrison.

“I did my first solo show, The Idiot Wind, last year, and while I was pretty happy with it, it wasn’t really me being myself the way this year is. This year I focus on the things that interest me most, like sex, alcohol, politics and World War II history.”

“I went with Laughing Horse last year, and was very happy with the whole package. We’ve all heard the horror stories about running a free show, but last year Laughing Horse couldn’t have been more helpful, and the same has been true this year.”

“Well, in an extremely odd coincidence, all four of those comedians are actually related! Seriously, you wouldn’t believe it, but it’s true. The weirdest part of it all is that Bec is actually the father of Brendon, Michael and Rob. They all live in a weird reservation next door to BB King.

“No, seriously, they’re all lovely people, and I have no dirt to dish. I can’t imagine that even if there was something to know, they’d bother telling a talkative twat like me.”

What advice would you give to your 16 year old self?

“I’d tell him to not worry so much about his lack of love life, since there were some bloody great times ahead, and instead to focus more on school and uni. Maybe if he did that, my career prospects wouldn’t be the mess they are. I’d also tell him to not pick a degree that he had no passion for, and make a point of following his dreams, even if success seemed remote.

“God, that’s a lot of mushy bollocks, isn’t it? I’d also tell him not to be so ashamed of having a wank.

“First, let’s go with Louis C.K., who’s pretty much my stand-up hero. Endlessly quotable, hilariously funny, and a hard worker, which is just as important. No one has influenced me or made me laugh as much.

“After that, Eddie Pepitone. I saw Eddie at the Fringe in 2012, and it was a real epiphany for me – it was the first I realised you could be angry on stage one minute and then silly and playful the next. I was a really awful stand-up for the first two years I was doing it, and I can honestly point to the Eddie Pepitone show as a turning point; it gave me so much confidence. I can’t wait to see him again this year.

“For a third act, I’ll go with Tim Vine. I can’t write a pun to save my life, but I love hearing them, and no one does it better than Tim Vine. Easily one of my favourites, and he doesn’t get nearly the plaudits he deserves.

“Lastly, for a compere, I’m going to go with George Firehorse. No one knows who he is outside of the Irish scene, but he’s one of the funniest acts I’ve ever come in contact with. He’s doing a show with Laughing Horse this year too, so really there’s no excuse not to check him out.” 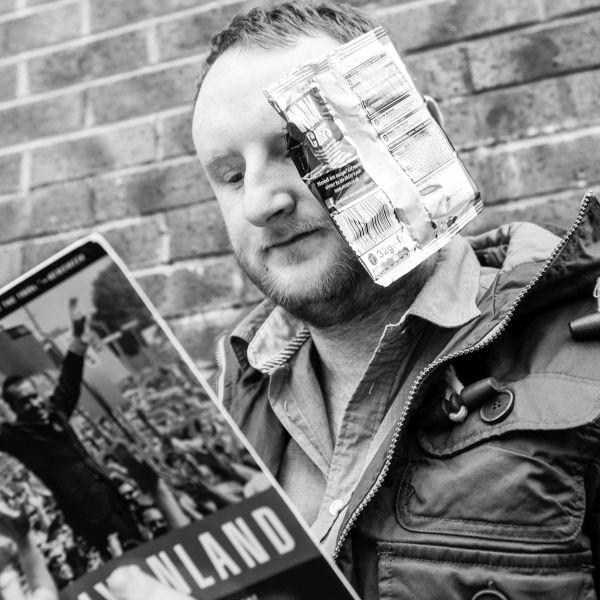