The Barry Award and Edinburgh Comedy Awards Best Newcomer nominee returns with a brand-new hour of comedy characters and inspired spontaneity. We fired over a Q&A to get more info on his new show.

Describe your Edinburgh show in 140 characters or less

What does Edinburgh mean to you?
Edinburgh is the capital city of Scotland and one of its 32 council areas. It is located in Lothian on the Firth of Forth’s southern shore

Michael Jordan. To be down 66-18 against the Monstars at half time and find a way to win is just inspiring. He and The Looney Tunes have taught me to never give up.

I once performed my show to no one and with the amount of audience participation that I do I found it very difficult. Mind you I turned up to the theatre a day early but it was still brutal.

My dad once threw one of my Kindergarten finger paintings in the bin.

A Cage dancer. I can really dance like Nicholas Cage.

I’d probably do a show where I could report to an audience about both local and worldly matters. Things such as current affairs, sport, weather and entertainment. I think I could do it all myself 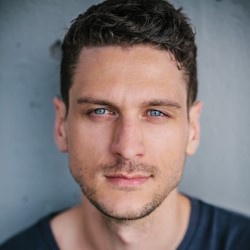