Hi Sam. Tell me about your 2022 Edinburgh Festival Fringe show.

Hello. My show is called Cancel Anti Wokeflake Snow Culture and it’s about identity politics, the culture wars, piss and the human soul. The basic premise is that I, in an alternate reality, have sold my soul to the devil in order to boost my career and have now become a cancelled comedian. I’m playing this character but also stepping out of it to talk, as myself, about my own identity and sexuality and queerness. The show moves between these two personas and attempts to capture the experience of battling with yourself for acceptance and growth.

The last show I made, UFO, was about finding connection in an isolating universe. The starting point for this show was the opposite – feeling alienated in a hyper-connected online space. I don’t know if that’s where the show has ended up, but for me that was the idea.

We see a lot of so called cancelled celebrities on TV shows and read their views in newspapers. Has anyone, not currently in prison, actually been cancelled?

It’s a broad prison. Jon Ronson’s book on public-shaming laid out a coherent case for the existence of a digital-tribalism which ritualistically shames the Other to morally sanctify the Us. That certainly exists, but is that ‘cancel culture’? I don’t know.

The term has been weaponised by the fragile egos of irrelevant and fanatic public figures, some of whom are shamelessly cashing in on the social currency it brings, others are seduced by the easy logic of it – they’d rather double down than apologise for something they’ve done. That’s a pretty natural human instinct.

But there’s a whole layer to this debate about who ‘owns’ culture. Artists are now mostly seen as ‘content creators’, bottom-feeders on a human centipede that regurgitates itself endlessly and creates nothing new of value. Celebrities have become ‘brands’ who incorporate the cross-advertising of products seamlessly into their native output. In this saturated meat-market consumers have higher moral standards for who they choose to be ‘influenced’ by, and are free to decide not to engage with a person’s output because of some revelation that they’re a horrible racist or transphobe.

On some level I feel like the people kicking against that are really kicking against the notion that the public owns them; that they’re in some way responsible to anyone for anything. A new concept for a lot of middle-aged white men!

Is it possible to fall victim to this system unfairly? Yes, probably.

But the idea that Piers Morgan is risking everything to parrot the views of his million-strong audience back to them, or that Marc Dolan’s career was going swimmingly before he attempted to cut a mask in two on live TV? Nonsense.

Would you appear on GB News to promote the show?

No. What’d be the point? I’d like to think people with differing perspectives could come see the show and enjoy it, but there’s no way I’m going to engage in a public debate with Darren Grimes about it. Those guys are stuck in a dumb spiraling hell where they ultimately have to say whatever is going to bring viewers and ad revenue in. The only reason I’d appear on GB News would be because so few people care about who I am that it’d likely tank their viewing figures for that day.

I’m just making a comedy show, if it’s funny it’s funny. I’m not a political comedian, I write about whatever I care about. It just so happens that this year I care about my changing personal identity and its intersection with the wider cultural war on trans people. The show isn’t an out and out satire of that though. It’s still incomprehensibly weird at points.

Tell me about the Weirdos comedy group, and your role in it.

We’re a loosely defined collective of comedians, clowns and friends under the stewardship of Adam Larter who meet up once or twice a year to put on hugely ambitious and ridiculous stage-shows with very little rehearsal time and way too many morph suits.

Having a little gang and a creative space to experiment within is so important, and I’m grateful to know, and get to see the work of, so many people who are hilarious and kind.

He’s good, thanks for asking. I’m writing this on the first day of summer, ironically the coolest sunny day we’ve had in a while. There’s a pleasant breeze and birds are trilling in the trees. The Goblin (my cat) is stretched out beneath the neighbour’s deckchair watching the comings and goings of humongous squirrels. His tail is idly sloshing about in a pool of sun and I am caught, spying on him from my window, by how radiant his ginger patches seem. Hopefully soon we can afford to take him in and get his ear looked at. Some days I catch him and he seems so old, but that happens to all of us I imagine and I try not to let it detract from the moments we have together in the here and now. I try to commit moments like this to memory, to hold forever, even though the task is as pointless as skimming stones. Everything sinks. 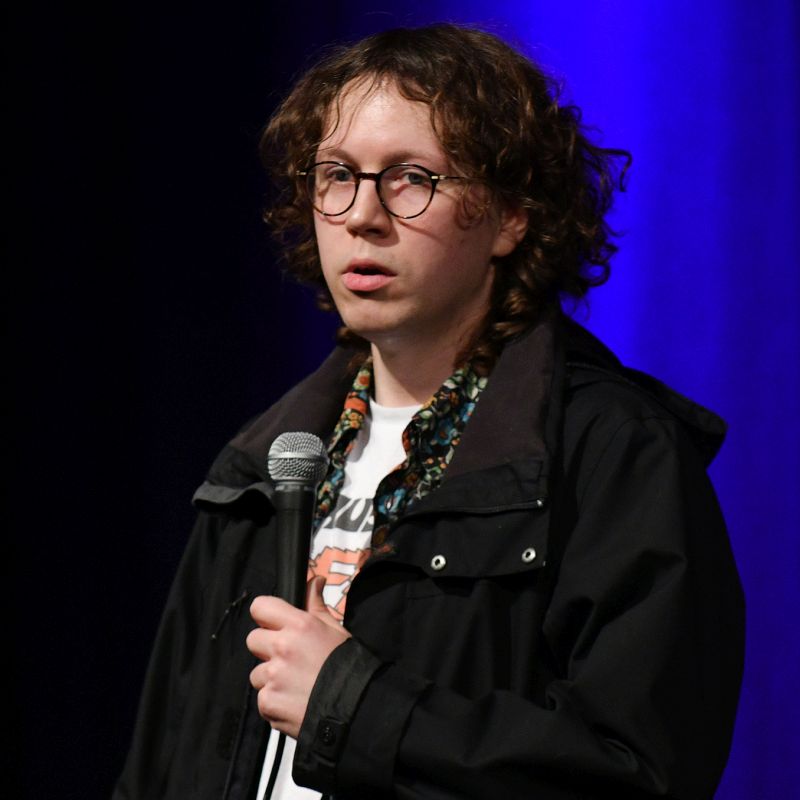