Disney lied to Rebecca Humphries. She never married a Prince, her flat is no castle, and her nannies definitely never looked like Julie Andrews. Martin Walker emails the Comedy Central star about her Edinburgh Festival Fringe Show, Dizney Rascal.

“It’s a comedy cabaret centred around my fondness for/obsession with all things Disney. There’ll be songs, sketches, Princesses, and hopefully lols.”

“This is my first Edinburgh show, so I did a lot of nerdy research into venues and companies. Freestival appealed to me because it’s brand new like me and so I knew it would generate a bit of a buzz. I was also hankering after the saucily named Fingers Piano bar.”

For you, is Stand-Up Comedy a career choice or a calling.

“I’m an actress first and foremost, so a choice is probably right. But I’ve taken on this show ultimately in pursuit of fun – I have no delusions that it will win me the role of Lady Macbeth, but I hope it will teach me something about myself as a performer. Even if it’s just that I’m not that funny and can’t really sing.”

“I’ve never performed live comedy before, so not in that sense. In real life though ‘going too far’ is kind of my thing. Just ask any of my friends who have had to drag me home through the streets of Norwich while I’m still screaming at bouncers that won’t let me in to clubs cos I’m wearing trainers.”

“I’d have to ask Seann Walsh as we share a flat and it would just be awkward, and Romesh Ranganathan and Henry Paker because they’re both #ledges. Let Luce are a comedy double act who are mental and brilliant and know how to drink just so, so much alcohol. I’d chuck in Sarah Millican too cos she’s alright as well isn’t she. And probably get the cast of High School Musical to reform and be the house band.” 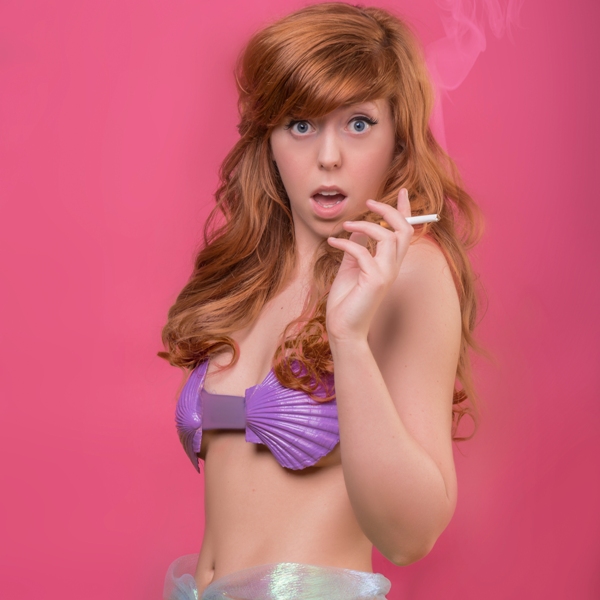