Christopher lives such a solitary lifestyle that he didn’t even realise there was a pandemic until 6 months in. A talentless writer from rural Shropshire, Christopher spends 99% of his life inside his own brain stringing words together to make his peculiar little 1-page novels. This show is a love letter to those words, and all the different forms words can take. Novels, poems, journalist articles, jokes, songs, you name it. If you’ve seen Christopher Bliss before, then you’ll get to see him absolutely butcher some brand new forms of writing. And if you haven’t seen him before, then it’s a feel-good show where you egg on this drivel merchant for an hour and come out feeling so glad that you don’t have this guy’s brain that it will give you a spring in your step for an entire year.

Who is Christopher Bliss?

Christopher Bliss is the worst writer in Shropshire. He’s a kind-hearted, clumsy, deluded, passionate, literal-minded, socks-and-sandals-clad, Lynx-Africa-obsessed, mouse-mat-collecting oddball. He’s the happiest air-head in the world. He’s a brainless bag of optimism. He’s the guy you went to school with who wrote his own poems but got straight D’s because the examiner ‘didn’t understand’ his thought process. He hates technology and birds. He loves ink eradicators and Ricky Martin. He thinks he’s special because he can swim upside down. He’s Shropshire’s answer to a question that doesn’t need asking.

Actually, out of those disciplines, character comedy is my last love. Just in terms of when I came to it. I’ve always bounced around between acting, writing and comedy and not quite known where to focus my attention, but then character comedy jumped up and slapped me in the face and I realised I could do all three at once. Plus it gives me the freedom to be a complete idiot for an hour and pretend I’m just pretending. I honestly can’t recommend it enough, even as a form of therapy or escapism. You don’t need a crowd either, just come up with a character you’d love to be for an hour, and then just be them. Shed that skin you’re so bored of walking around in and you’ll appreciate it more when you put it back on. So I do love character comedy, but it’s not my first love. I think if I was being completely honest with myself, I’d have to say my first love was Trish Stratus.

Tell me about the popular internet show Amateur Expert.

In a nutshell it’s a guy who knows nothing about movies, reviewing movies. I write it with Adam Hess (who’s brilliant by the way), and it’s a mega fun outlet for Christopher Bliss that started during the old pando. It felt quite odd being paid to sit on the sofa and watch movies while the world burned, but it kept me sane and I’m proud of the nonsense we came up with. They’re up on Prime Video UK’s Youtube channel and there’s over an hour of quite frankly outrageous movie reviews. And my favourite thing about making it for Amazon is the idea that Christopher’s boss’s boss’s boss’s boss’s boss’s boss’s boss is Jeff Bezos.

Would you like me to pay for a years worth of childcare for your new baby so you don’t have to worry so much about profit margins for your new show and writing stuff like this so more people will come and see it and you can just focus on the creative side of things?

That’s very kind of you, but I don’t think it’s fair to guilt trip people into coming to my show just because I’ve got an extremely cute baby with big eyes who can’t afford to eat unless they come and see it. But fine, if you insist, whack it in here: Acc No 64774491, Sort Code 60-08-19. 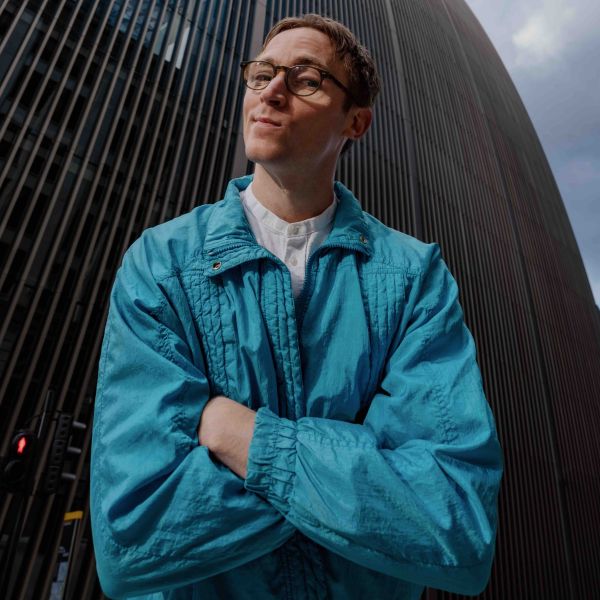