According to Bob Graham, they say it’s what’s on the inside that counts… which is good as he has an exquisite spleen. Martin Walker finds out about Bob’s latest Fringe offering.

“The show is called A Travel Guide For Agoraphobics, it’s mainly about living with people but also about me not wanting to go outside.”

Why did you choose to perform as part of the Scottish Comedy Festival?

“I could say it’s because I’ve known Ben Verth, the founder of the Scottish Comedy Festival, since I started doing stand-up about seven years ago and that I support and admire all his endeavours. Or that it’s good to be in a venue where you know the other acts and there is a sense of community to the venue. Though I did my first solo show there in 2012 and one last years, so I’d probably have to just say it’s force of habit really.”

“I could call it a calling if you want – the down side of that is that you still need money so you have to try and build a career out of it. I think the only people who can have a calling are monks and nuns, nobody is in a monastery trying to get a good ten minute set of Gregorian chanting together so they can get on TV, they just chant away and don’t have to worry about paying the bills. Although having said that I saw a Canadian monk group last year and the stuff they’re doing with Gregorian chants in Quebec is really ground breaking.”

“Yes, a few times, unfortunately nothing really happened, people perhaps took offense maybe the audience would collectively groan. Nobody has ever got up and tried to punch me or anything which is almost annoying because it would help set some kind of parameters to work in but whenever I write something it’s usually, in my head at least, a reasonable thing to say I’ve never gone out of my way to try and offend an audience.”

“Matt Romot, Matthew Winning, Eleanor Morton, Seymour Mace, Keiron Nicholson but if I had been put in charge of a TV show I’d probably go power mad and make them fight instead of doing any stand up, which is a shame as they’re very funny people.” 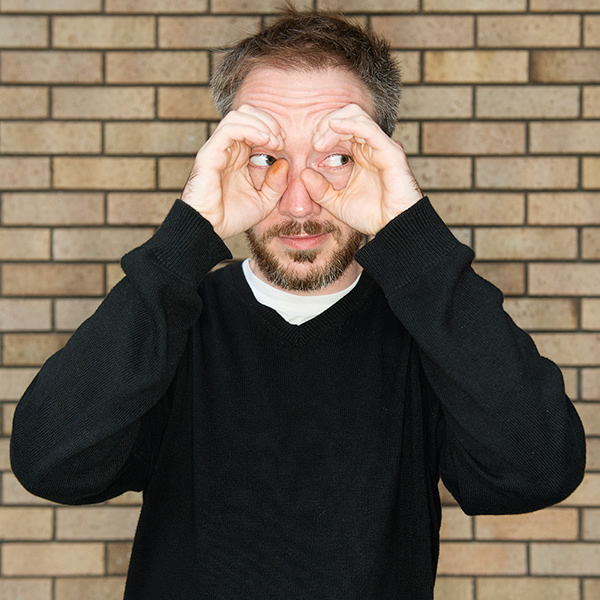