Tell me about your 2022 Edinburgh Festival Fringe show, Blink.

Blink is actually, unbelievably, the greatest magic show of all time. I know that might come as a shock to people, that I, an alternative comedian, could possibly have made the greatest magic show of all time with very little magical training, but it’s true, this is not a joke. I’ve perfected the hardest magic trick ever attempted, which will give me total control over not just my own reality, but everyone else’s reality as well. It’s astonishing. I don’t really understand how I’ve done it, but it has to be seen to be believed.

The show has a very talented creative team behind it. Tell me about some of the people involved.

My core team of co-creators consists of Ben Target, Miranda Holms and Alex Hardy, who are incredibly talented artists, writers, thinkers and makers who helped me refine my big, complicated ideas into something coherent and original. Ben is also a wonderful performer who appears in the show alongside me as my glamourous assistant. I also worked with Grace Gibson, a wonderful movement director who choreographed some key sequences and helped me find the essence and physicality of the character; and tech wizard Robert Wells, who designed all the lighting and sound effects which are a key part of the entire show’s premise being remotely able to function. And the amazing comedy duo Roisin & Chiara appear in the show via a series of ridiculous voice cameos. Such a talented team, I’m so proud to have worked with them all.

I loved your 2019 show, Joz Norris is Dead. Long Live Mr Fruit Salad, which transferred to an extended run at the Soho Theatre. Apart from the introduction of magic, how does this show differ?

I tried to maintain the spirit of Mr Fruit Salad into this show – the commitment to big, compelling characters and intricate nonsense set-pieces and the courage to perform absurdism with a spiritual or philosophical centre. But what I tried to consciously change from that show was its slightly “take no prisoners” vibe – if an audience wasn’t fully on board with Mr Fruit Salad, and literate in the comedy tropes it was toying with, there was very little room afforded to them to find their way into it. This year I wanted to make a show just as original and unusual and colourful and weird, but then to package it in a way that was simple, clear and easy for an audience to understand, so that hopefully anyone can find a way to enjoy the show. Those who love big, broad, showbiz entertainment can enjoy it on one level, and those who love intricate, weird meta-comedy can enjoy it on another. With Mr Fruit Salad I literally used a mask to shut some audience members out, and this year I don’t want anyone to feel shut out by this show, I want everyone to feel like they were invited in.

This was a stand-up special I made for BBC Radio 4 in early 2021. I say “stand-up special,” but as we had to record it in the depths of lockdown, we were given the option of either recording it with a virtual audience, or coming up with something more unusual. I didn’t get on well with virtual audiences, so I scrapped the live element entirely and rewrote the special from scratch so that it was set entirely inside my own head, and the routines were repurposed as dialogues between the various characters and insecurities that live in there. It was a Guardian Audio Pick of the Week, and got great write-ups in the Guardian and the Big Issue, and I’ve been told by other radio producers that it sort of paved the way for people to do more adventurous things in audio comedy over the last year or so, which is an incredible thing to hear and makes me feel very proud.

Hey Joz, what other shows are you excited about this year at the Edinburgh Fringe?” 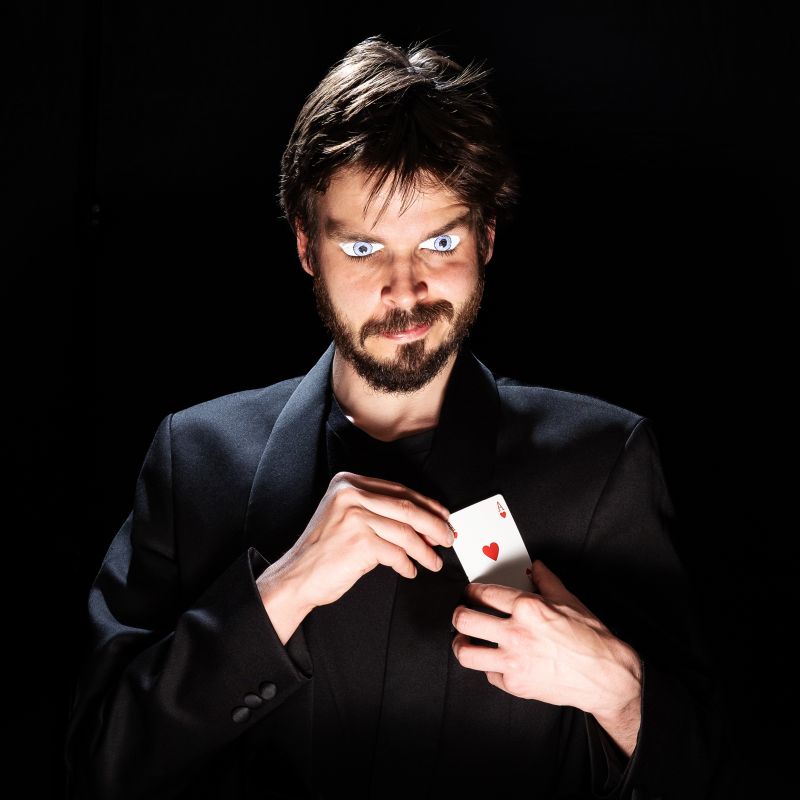