This Edinburgh festival Fringe you can join The Alternative Edinburgh Walking Tour. It’s billed as a series of bizarre lies, half-truths, and outright fibs. According to your tour guide, poet Andrew Blair, it’s a better context for his act than a stand up setting.

“I lead some bemused tourists and comedy fans around the city. For most of the route, it doesn’t go anywhere famous, scenic or obviously interesting. It starts at the Omni Centre, it finishes by some bins. It contains five minutes devoted entirely to bridges. Once we saw a dead bird.”

Why did you choose to perform as part of the Free Fringe?

“I didn’t. This is just me, I live here and it’s mainly off my own back, with the rest of a comedy troupe, Chutney Exhibition chipping in with some writing. It just so happens that I’m doing this during the Fringe, but if it goes well I might make it a regular thing.”

To someone who hasn’t seen you, how would you describe your style?

“My character died in Titanic 2: Pig in the City – back at Bedlam Theatre this September, fans of recently spoiled sketch shows! – and people were genuinely sad about it.

“Obviously this is the best example to use while I try to promote myself as a comedian.” 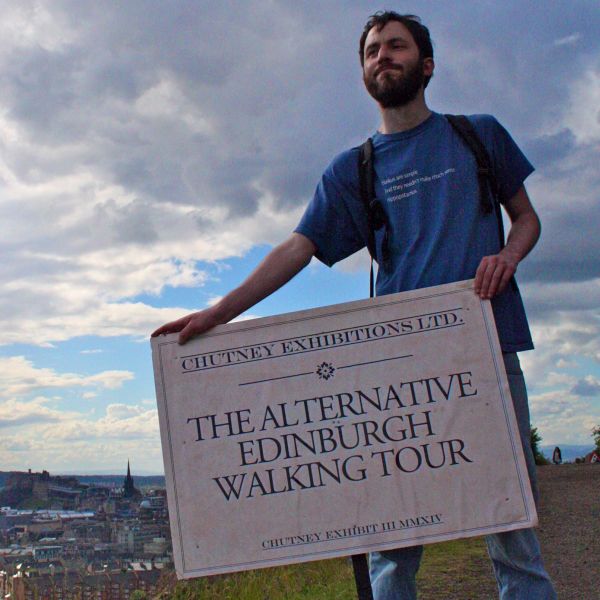