Izzy Rees is turning thirty and she’s not happy about it. In an attempt to mark this milestone and distract herself from the downsides of growing up, she’s set herself a list of 30 challenges to complete by her birthday. Izzy talks to Martin Walker about her Edinburgh Fringe show.

“My show 30 Things to do Before 30 is a tale of growing up and trying new things. I set myself a list of challenges just before my 29th birthday and I’ve been trying to work my way through the items this year, one of which was to bring a solo show to the Fringe for the first time. I’ve spent a lot of my free time this year travelling, teaching myself how to play the ukulele and learning to run amongst various other things! My shows all about the good and downsides of getting older and trying to tick off all the items on my list.”

“I love the Free Fringe and I’m really pleased to be part of it again this year – I’ve been up to Edinburgh with Free Fringe shows twice before and it’s a big part of what the festival is about for me. It offers performers the opportunity to take up a show with much lower financial risk than using a paid venue, and even better, it offers low cost shows to audiences. Edinburgh in August is such an expensive place whether you’re performing or visiting, so I use the Wee Blue Book of Free Fringe shows to plan my time between any paid shows so I can see as much as possible but still be able to afford to eat come September…”

“I guess it’s best described as storytelling comedy. My background is in acting so my natural style is a bit more scripted and theatrical than straight stand up. I like to doodle so I try to use images and a bit of music to add variety to the show as well. I have a silly sense of humour and it’s often really innocuous things that make me laugh.”

“I just love the moments when you feel that rapport with the audience. When something goes wrong and the audience are in on the joke, or playing a particular character in a play and feeling their response to you – laughter, hatred or whatever else it might be.”

“I love variety. I’d love to have Susan Calman, Nick Helm, Tom Wrigglesworth and Nat Luurtsema, who were probably my favourite stand ups of last year’s fringe. I’m a big fan of the Beta Males so I’d ask them to do some sketches, and Piff the Magic Dragon to do some magic to mix it up. There’s just so many brilliant and original acts at the Fringe to pick from.” 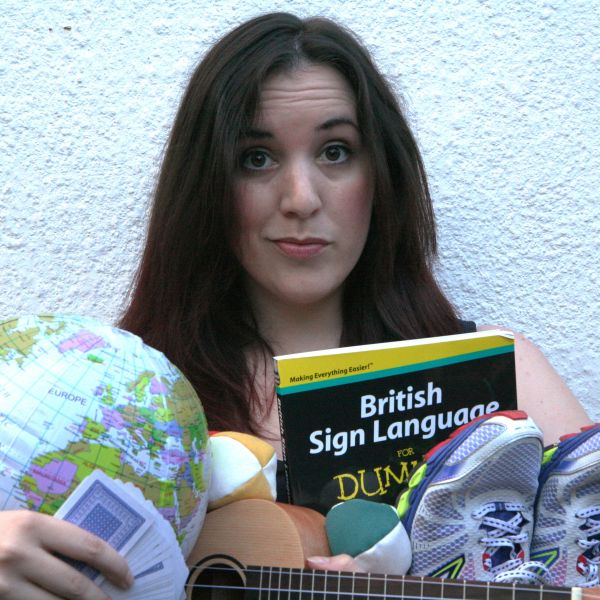