It’s a stand-up show with my dog. I talk while the little bastard upstages me by doing various things. It’s a sequel of sorts to last year’s show. This year he got a sitcom and I got rabies while cycling in Central America. It’s a show about dogs, group dynamics and Lycra.

All my friends came to support me but over-compensated by laughing before the punch lines. I was so nervous that one of my bum cheeks started trembling involuntarily. I loved it (Both the gig and the weird muscle thing.)

I often have a banana for energy. At one of my earliest gigs, I had a ‘hangry’ fit about my nachos not arriving before I went onstage. I still cringe.

Nowadays if the dog is with me onstage, I make sure that he’s had a wee beforehand. Pretty sure other ‘double acts’ don’t have this problem.

My best review was when I was just messing around a lot in the show and had no clue the reviewer was there. He said I was offbeat, hilarious and the most charming act at the fringe (Not that I’ve memorised it). My worst was in someone’s blog (does that count?). He called me an ‘Aging, middle-aged hippie’ (not that I’ve memorised it) because I was a vegan and mentioned my body clock. I was also the second youngest act on the bill!

Nah. I’ll be at each show so I’ll know about the show without reading about it.

It’s difficult to feel anything ‘generally’ because there so many different types; There are the good ones, the ‘ooh, I’ve thought of a pun to end the review’ ones, the ‘I could be a comedian too’ ones, the ‘Cliff’s Noters’ who describe the show and give away a few punchlines ones and the ‘very new to all this’ ones who may eventually be good. But why be a reviewer?

Why are we giving this bloke the oxygen of publicity still? Is he even a comedian?

Anyone should be able to say anything and know that someone else has the right to criticise them. The problem is whether it was hate speech or not, and therefore an abuse of free speech but where’s the line?

The Nazi dog’s rightful opponent should be the Churchill dog but he just wants to sell insurance. I don’t think pugs have the right bones for Nazi salutes… anyway, look, screw all of this – come and see MY DOG not being a Nazi (unless I really annoy him) in MY show!

No, I think it’s all in the treatment. There are so many comedians who think they are edgy who are actually just smug, then they get banned and become ‘legends’ and that devalues actual legends!

I don’t think so. Who decides what is too far? There have been a few gags that I have really believed in but the crowd has panicked or misunderstood or heard a word that they don’t know how to react to.

I walked into a comedy club in Chicago (Zanies) to watch, ended up on stage, did lots of jokes about religion that seemed to shock them but I got away with it because I was English and they invited me back to do proper spots (until they realised I didn’t have a work permit). 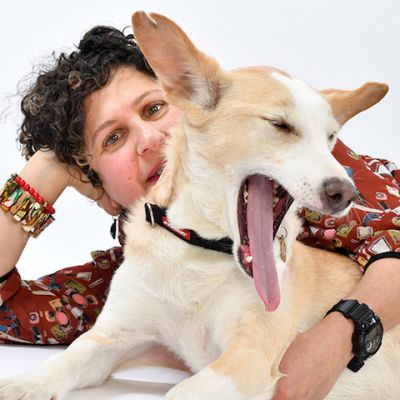