Hi Laura! Tell me about your 2022 Edinburgh Festival Fringe show, If This Is It.

If This Is It is the best hour of comedy I’ve ever written. Mostly about the state of the world. I don’t think it’s depressing. Mostly people say it makes them want to riot. It was nominated for Best Show at the Melbourne International Comedy Festival.

You’re taking on some weighty subjects. How hard is it to make say, ‘the creeping onset of neofascism’, funny? Some real-world events just beyond satire?

It’s incredibly difficult. Yet somehow I manage it. Satire is not the path, though. Satire is day by day rendered increasingly forceless because there are dwindling limits to what can be detected as ironic. The line between reality and farce is now impossibly blurred.

However it is important to realise that this obfuscation isn’t by chance. It is deliberately designed and orchestrated by authoritative forces as an impressive tool to circumvent fact, rationality and criticism. Hence even in the leering face of this malignant discordance we must steel ourselves and strive to prevail. For if truth and humanity do not triumph, then truth and humanity will surely be lost.

How hard was it to get back on stage after being stuck living in the woods of New Zealand, prevented from performing, during the covid lockdown?

Not too hard as I spent most of the lockdown performing alone outside in a vast cathedral of trees, persistently envisioning the precise moment that I would step back onstage once again. Every night I practiced in the woods, aglow with the benison of determination and
sheer delusion. Except for one night where I tried to make sourdough like everyone else but my starter overflowed and it didn’t fit in the bin so I went out at night and buried it like a secret.

Tell me about The Bus Show

The Bus Show was my 2019 Edinburgh show on the Blundabus ‘Better Dead Than A Coward’. I re-recorded it in 2020 as an immersive audio-album in an under-stair cupboard once I realised that I wasn’t going to have the chance to perform it live again, and that the old title ‘Better Dead Than A Coward’ now unfortunately sounded like an anti-vax slogan. You can buy it for a fiver on my website.

Edinburgh was the first place I ever saw a squirrel in my whole life, and that’s still a huge milestone. If I’m not at Lovecrumbs eating two pieces of cake at once, you can usually find me in the greenhouse at the Botanic Gardens ignoring all my problems. 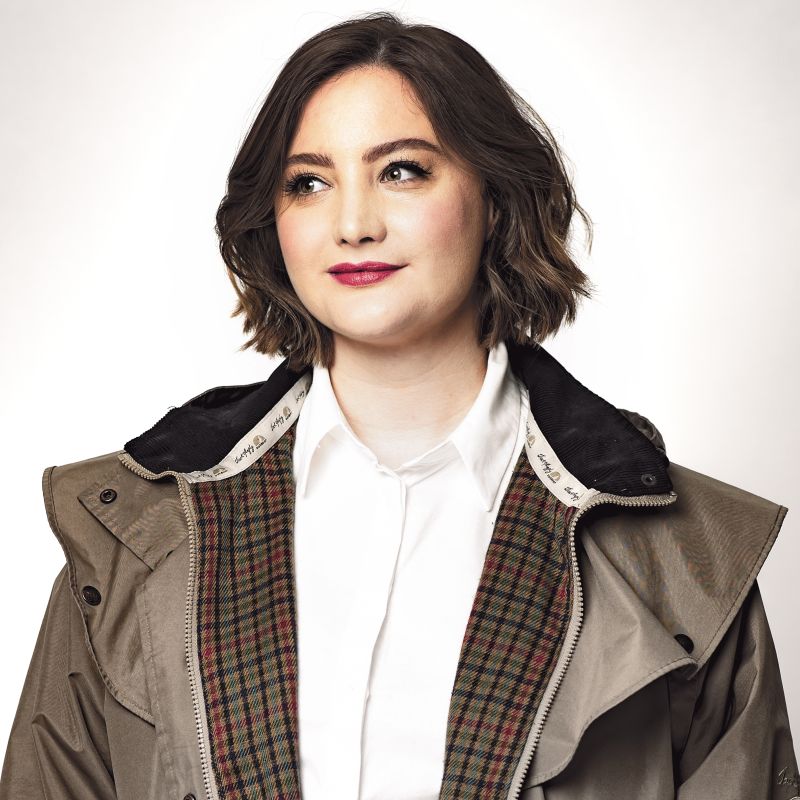