Polly Brown describes herself as a ‘comedienne, presenter, entertainer and model’. Stand-Up Comedy editor, Martin Walker asks which comes first, before getting himself in to trouble for Googling the term Grid Girl.

“I am a comedienne and entertainer firstly. I have been performing comedy and writing a comedy blog for almost two years.

“I was a presenter in a fitness DVD Fit in 5 to 20 minutes in 2011, as I’m also a personal trainer and I had regular presenting coaching before and after the DVD was released. Presenting comes naturally to me as I’ve been performing and teaching dance and fitness for six years.

“As far as the modelling goes, I am also a Grid Girl when I have the time.”

How did you get into it comedy?

“Even before my comedy blog, I would find any excuse to write comedy on social media sites and I always enjoyed creating characters. I am creative by nature and comedy was a huge outlet for me. I’ve studied performing arts since I was a child so I decided to put my material on stage. I haven’t looked back. As wanky as it sounds, it has completely changed me as a person and I am far happier now.”

“I used to mainly deliver crude one-liners and enjoy the shock that would create in an audience. My style has now completely changed and I talk about my life, my thoughts and my fears – with the hope that the audience can relate to me and know that any wacko thoughts they may be having are normal.”

Your best and worst experiences on stage?

“My best gig was at the New York comedy club because even though my set and style, in hindsight, wasn’t really me, it was my first gig overseas and the crowd loved it.

“My worst was at a Gong Show only a few months back. Each act is being timed and you have to beat three red cards which random members of the audience have. If you are shit, the audience are not shy in letting you know and after three held up red cards, the room goes black and you have to walk off stage in total darkness ha! I shat myself. I was shaking like a leaf. I’m bad during any kinda competition as I let nerves get the better of me.”

It’s a night that I used to run monthly. There is one last show on Monday June 9th at Rise 46 bar in Clapham. A free comedy night with myself and another fab comedian Nico Yearwood. We are doing thirty minutes each.

“Oooo this is a good question. But there are too many to name! I’m going to pick a few people who aren’t on TV yet but who are strong acts that I’ve met on the circuit.

“But again too many to name. There is a lot of undiscovered talent on the circuit, hence why it’s so tough to get your big break. But I will, in time. Because I won’t stop until I do.” 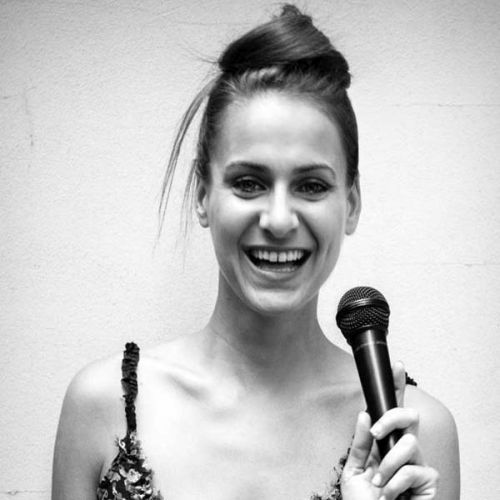