Leo Kearse may be the only comedian at the Edinburgh Festival Fringe who has lost part of their body in a shark attack. And we’re almost certain that we won’t meet anyone else who’s been a backing dancer for David Icke at Wembley. Martin Walker asks Leo about his pun-tastic Edinburgh show.

“The Mangina Funalogs is a show about being a man, with all the howling confusion, rank idiocy and punning that suggests. As well as the aforementioned experiences, I cover sex tourism, breast feeding, deep fried pizzas, nagging mums, homophobia, wanking callouses… then medieval witch hunts, the pornification of society, pollination, religious fundamentalism and the complexities of buying a train ticket. And doing a massive shit in Thailand. And a ton of puns.”

“I like and trust the people running it and I know they care about comedy rather than just treating it as a business. The venue will – hopefully! – be excellent too!”

“Nobody’s going to say career, are they? You can tell it is for some though, they’re like politicians, they have a very careful approach to what they say and what relationships they cultivate. It’s why so much comedy is dull as piss in the UK – all these young fopping ditherers and beta-lads.

“I don’t know if it’s a career for me but I’ve sacrificed a lucrative career to pursue it – in real life I’m a Senior Consultant in national security. Comedy’s a marathon, not a sprint. I see some comedians getting pushed up by the industry when they’re not ready and they crash and burn or just don’t do very well. Unless you’re a prodigy you need at least four years of gigging just to get decent.

“If I could make a living doing comedy I’d be very happy, and I feel like I’m on the way there. I get booked by some promoters who I really like and respect for their approach, like Ivor Dembina and Erich McElroy – they really care about their nights but also trust the comedians to be good. I have to get on stage every couple of days or I get depressed and antsy. I’m going to see how far I can take it. The happiest times in my life have been at comedy festivals.”

“I still get some people finding it a bit much – in Adelaide I was heckled by someone shouting ‘what is wrong with you??,’ Hahahaha. But to see how fast you can go, you’ve got to crash the car.”

“Darren Walsh, Darius Davies, Lindsay Sharman and Tony Marrese – why these people aren’t on TV anyway just boggles me. They destroy rooms. And they’re all really unique, innovative acts too.

“Here are some of my puns: 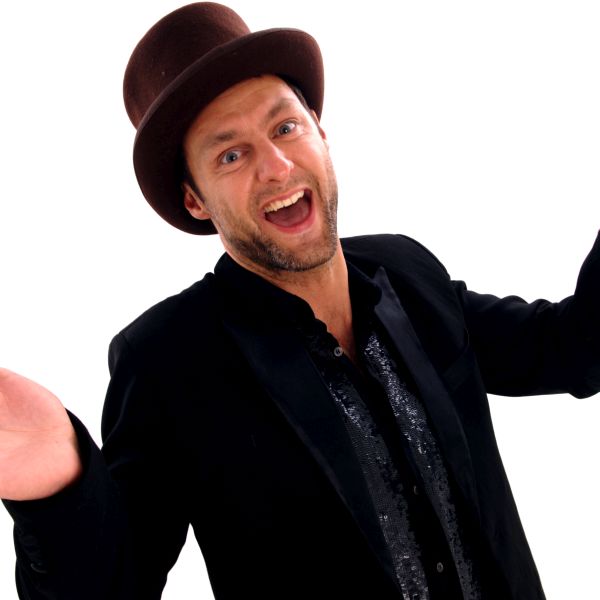