Lloydie is an improviser and writer who has performed with MissImp in Nottingham and The Maydays in Brighton. He has also guest performed at Chinese Menu Comedy in Washington DC and at the Del Close Marathon at the UCB Theatre New York. His latest Edinburgh Festival Fringe offering is Life Deconstructed.

“Life Deconstructed is an improvised romp through lots of characters and situations. It’s performed by Jenny Rowe and me. Together we are known as Two Seats Four Cheeks and both of us also play with The Maydays in Brighton. At the start of the show we take our inspiration from a text read out by an audience member. After that we improvise a bunch of situations and characters that we’ve never encountered before – ever. It’s based on a Chicago format called The Deconstruction and we use that loose structure to move us through characters and situations. There are happy moments, sad moment but mainly it’s us being a bit daft.”

“We think the Fringe is amazing and free festival shows seem to recapture the whole essence of Fringe. It’s an open access performance festival. This makes it easier for performers to try out new ideas and for audiences not to gamble huge sums on unknowns. It’s a win / win for performers and audiences. Plus Jen really likes horses.”

“It’s completely made up on the spot. It’s like a cross between a sketch comedy show and a comedy play – but no two shows are the same and even we don’t know what’s going to happen next. We got accused recently of pre-planning and two audience members came to the next day’s show to check what we do really is improvised. This was great a) because they saw it really was improvised and b) because they had to pay for a second ticket.”

“Enjoy yourself more. Also, your drama teacher thinks you are good at improv so just because you’ve stopped doing drama at school, that doesn’t mean you need to take an 18 year break from improvising only to rediscover it again and realise it’s the thing you like the most in the world, you impossible nerd of a boy.”

If you were curating an improv show for television, who would be your guests?

“You’d be mad not to see if you could get Tina Fey or Amy Poehler, but from the current crop of UK improvisers members of The Maydays, Do Not Adjust Your Stage, Breaking and Entering or MissImp would have to feature. Actually I hope I never have to do this as I’d faff to the point of paralysis.” 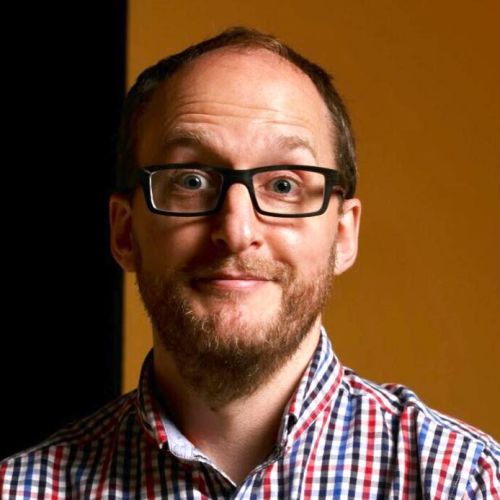