Darius Davies had a good Edinburgh in 2013. Despite the limitations of performing in a tiny pub room near the woman’s toilets, he raised the roof, attracting audience and critical acclaim. He’s one of very few newer comedians not afraid to take a risk, and succeed, as part of Edinburgh’s Free Fringe.

“This year I’m bringing up my own solo show Darius Davies: HBÖ Special Uncensored – which will be a bigger, tighter, and better show than 2013, in a more central venue so I’m hoping to get more people into see me this time!”

For an early look at the show you can catch him at the Brighton Fringe at the Temple Bar.

“My comedy is high energy, fast paced, and funny. The style is more American than British, so it’s more extrovert, brash, and loud. It’s got an American style but a British soul. Also I talk about plugs a lot”.

An extended part of his show concerns the British three pin plug. A surreal and lively routine in the style of Monty Python, with the infectious energy of Richard Prior. British audiences may start wooping.

“I genuinely believe the UK Standard 3 pin plug is one of the best things we British people do – I remember I was trying to come up with stuff that we do well, and I came down to crisps, baked beans, and plugs. It was just something I was playing around with, and probably wasn’t going to do anytime soon, but I turned up at a gig and the audience was somewhat lacklustre and heard my stuff before, so the promoter just told me to try some new stuff and do what I want, so I tried my new plug bit, expecting nothing, and it was electric (pun). One of only two bits I have done on the first time when I knew I had some really good stuff. Plus it’s just the best plug”.

As well as his own show in Edinburgh, Darius is performing as a part of a new late night spoof show called, ‘Hate ‘n’ Live’.

“Hate ‘n’ Live which will be an improvised hate show .The audience will suggest topics they hate – self-service checkouts, airline food, Ghandi, for example – and the comedians will have to riff on them. I will probably be the MC a la Jeremy Kyle just stirring it all up”.

Darius started thinking about comedy whilst in America and may end up there still.

“I was living in New York and thought I was funny, I had to do a public speaking course, and my friend said try doing some stand up. I did, and it must not have been awful. Then my friend found out about some open mics in New York – which I knew nothing about, I literally had no clue how comedy worked – and I went along to this open mic and promptly died. Then I continued dying for a bit, won a New Act competition in New York and was put in touch with MTV. I thought this is easy, I’m going to be rich and famous in no time! My visa run out, but I thought comedy would be easy in England. It wasn’t. It took me about four years to get ‘okay’. It’s kind of come full circle thought, last year the ex-head of HBO Chris Albrecht came to my show, just because of the title, and he told me to get New York, so I think ultimately that’s where my future will be. I’ll just change my whole routine ‘the international 2 pin plug!’”.

If you were curating a stand up show for television right now, who would be his guests?

“I’ll do two line-ups, my fantasy line-up and my realistic line-up. My fantasy line-up would include: Dave Chappelle, Mitch Hedberg (bring him back from the dead), Chris Rock, Eddie Murphy, Bill Burr and because I can the Flight of the Conchords . My realistic line-up and acts I think are really funny would be: Dane Baptitse Jimmy Bird, Tony Marresse, Leo Kearse, Phillip ‘P Dawg’ Jones, and Daphna Baram”. 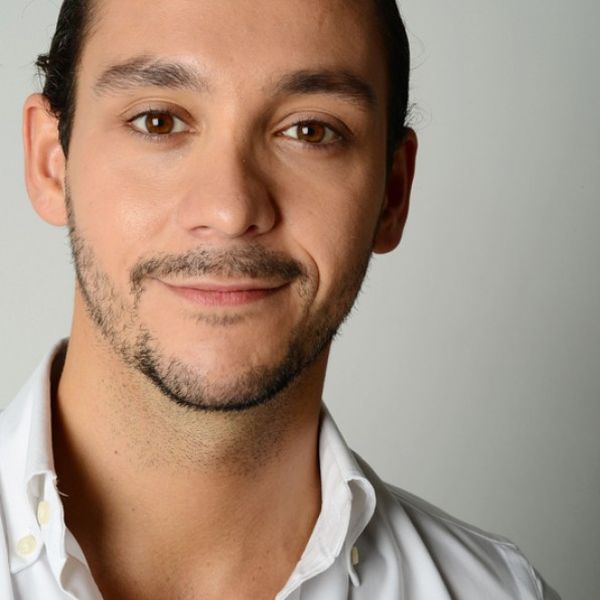