It’s an incredibly lowbrow hour of toilet humour with some jokes about socialism snuck in. At previous fringes I wrote smart shows about alcoholism, sexism and immigration. I think I was hoping the Guardian would come. They didn’t. So this is an hour of filth, and it’s the funniest thing I’ve written, or frankly, seen.

Personally, I use the fringe as jumping off point for exploring my true passion, answering Q&As.  I’ve been previewing some of my Q&A responses for the last few months, and it feels good to be doing the real thing. This is hopefully a steppingstone for answering Q&As about tours or television appearances, but there’s a lot to be said for grassroots Q&As like this one.

I got around the performer’s accommodation crisis by moving to Edinburgh permanently, eat shit landlords – think I won’t sacrifice my own career to save a couple of grand? Think again.

Former West Ham United defender Tomas Repka, who was sent off in his debut for the club, missed a match due to suspension, and then was sent off in his first match back. That’s a man who remained true to himself and refused to buckle to industry convention – I use Repka’s philosophy to justify the amount of jokes about semen I have in my show.

Go to Monkey Barrel Comedy, where the ticket prices are reasonable, and the artist gets the best deal at the Fringe. Go see literally anyone there, but if your baby brain needs a name a two to latch onto, I heartily recommend Krystal Evans, Stuart McPherson, Amelia Baylor, Susan Riddle, Rosco McLelland, Marc Jennings, Christopher Macarthur Boyd, Amy Matthews and Stephen Buchanan.

What did you think of Line Of Duty?

Great question, I think it’s neoliberal copaganda. It’s a drama that subscribes to the idea that the institutions we have are fit for purpose, if only they’re run by the right people. “Yes there are corrupt coppers, but if we get rid of them, the police are good”. This is broadly what the dickheads running the current Labour Party think about everything, whereas I’d advocate for a complete dismantling of these systems and have them replaced with something more modern and fit for purpose.

Is that the sort of question you meant? 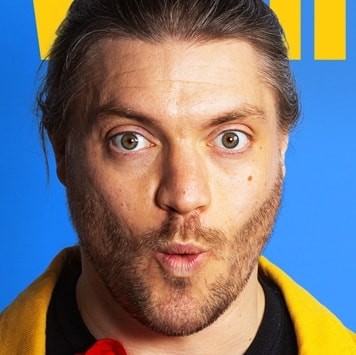