Gordon Southern’s new Edinburgh Festival Fringe show is called Your New Favourite Comedian. Why the title? In 2001 Gordon first took a solo show to the Edinburgh Fringe, and a dapper Swedish garage rock band released the album Your New Favourite Band. After a lifetime devoted to quality comedy, he’s ready to be an overnight success.

“It’s an hour of lovingly crafted jokes of course, but it’s also structured around a Swedish punk-pop aesthetic, inspired by the band the Hives. A narrative takes you through my pre-comedy years, discovering that comedy was what I wanted to do and the – mostly – wonderful consequences of that.”

How many Edinburgh Fringe shows is that now? What keeps bringing you back?

“This is my tenth solo show, but before that I’d come up with my pals from the Radio 4 show The Cheese Shop. It’s now habitual and addictive. I’m on the festival merry-go-round and it’s hurtling around so fast I can’t get off. This is a cry for help by the way.”

“This show is partially a tribute to the brilliant live act the Hives and there’s a bit of a party atmosphere built in to parts of the show. I love interaction with the audience but it’s never bullying or nasty. The audience just need to be with me. Because if you’re not with me you’re against me! – a quote from Hives singer Howlin’ Pelle Almquist there.

“Best and worse this year? In Sydney I got a standing ovation on my last night. Then there was the last show in Wellington New Zealand where we failed to get along from the get go and then relations deteriorated… Same show.”

You’ve headlined all over the world, including the first ever Serbian comedy festival. How did that come about?

“I took the gig not realising what a big deal it was! A huge theatre with hundreds of excitable Serbs applauding wildly, it was one of those that make you feel like a superstar. Until you get on the plane back and it’s an airline you’ve never heard of that makes Ryanair look ritzy!”

“I’d like to show off some of the amazing talent I’ve seen on my Australasian jaunt this year. From New Zealand I’d like to introduce Urzila Carlson, Jamie Bowen and the Fan Fiction mob. From Australia Jon Bennett, Rama Nichols, Ronny Chieng, Michael Workman and Anne Edmonds, whom all had hysterical shows.” 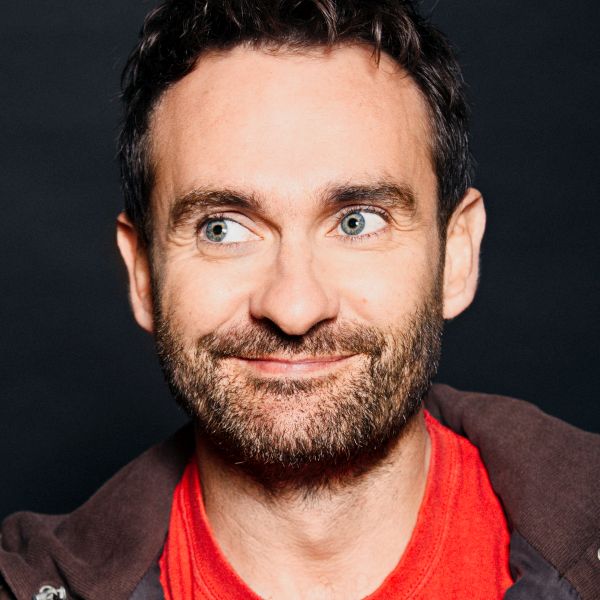