It’s a comedy burlesque show about Theresa May. With saucy routines, I’ll retrace her disastrous election results, U-turns and naughty days in fields of wheat. I’ll also be performing a fan dance as Nicola Sturgeon.   Featuring footage from Liam Hourican (the Tracey Ullman show) as Jacob Rees-Mogg; we’ll find out who is really cracking the whip in Westminster.

I tripped on to the stage so the audience were laughing before I spoke. It’s been downhill ever since.

I embody Theresa May which is like being possessed. You know that scene in Ghost when Patrick Swayze’s spirit enters Whoopi Goldberg? Imagine that, except the ghost is a Tory.

Broadway Baby said that I was ‘desperate to be liked’. The Scotsman described me as ‘a blast to spend an hour with’. They both had a point.

Technically, yes. That kind of behaviour stirs up racial hatred; even if that wasn’t the initial intention. But it is a slippery slope to prosecute comedians because who determines the tone and intention of a joke? It’s a tough one.

No. But sometimes you have to give it some time.

Not on stage but in my personal life; all the time.

I did Hooray Cabaret recently at Bethnal Green Working Men’s Club. When I reached the stage, the audience were jeering so much that I couldn’t hear the speech to lip synch. I just stood there, gurning as Theresa. They really hated her. It was ace. 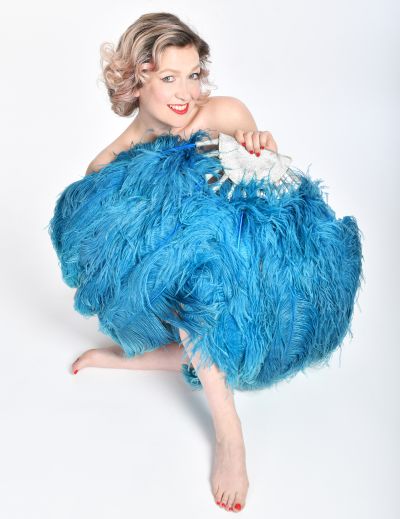