Thirty-one years ago Alexis Wieroniey, was born somewhere in suburban America. She got out, and moved to England, forever. Find out why in her stand-up comedy debut at the Edinburgh Festival.

“My show is called An American’s guide to being like, totally British. It’s my solo stand-up comedy debut which tells the tale of me moving from America to the UK and the trials and tribulations of fitting in. I also talk a lot about learning how to be a grown-up. I’m 31, so I should be good at it by now, but it hasn’t really happened like that and I think that resonates with a lot of people.”

What made you move from the US to the UK?

“I moved to London in 2005. I actually first came over for a four month internship in Parliament with full intentions of going home afterwards. But London was too intoxicating to me at 22 with no money and not a care in the world. London is home now but moving here was a huge deal at the time – I didn’t even have a passport and it was my first time going properly abroad. I’d been to Canada on a family holiday but that doesn’t count as I was with my mom and in those days you didn’t even need ID to cross the border.”

“The PBH Free Fringe makes it possible for new artists like me to present our work in Edinburgh. Without the free fringe, the venue costs alone of putting on a show would prevent all but the most established and well-resourced artists from being there. I’ve heard of other stand-ups spending thousands to take their shows to the fringe and I simply can’t afford it. I believe in the free fringe. It allows quality shows to be put on for free so really for the artists and audiences, it’s win-win!”

You enjoyed sell-out performances of the show in Adelaide, Australia. How has the show developed since you first wrote it?

“Performing my show in Adelaide was amazing as it was the first time I’d done a solid hour of comedy. Luckily, people seemed to like it! The essential structure of the show is the same – in that it’s full of little stories and observations – but I’ve re-written parts and chopped and changed things that weren’t working as well as I’d hoped. I’m really proud of it now and hopefully the discerning audiences of Edinburgh will love it too!”

“I’m horrible at questions like this because I’m so bad at watching stand-up and keeping up with things that my tastes are all really out of date! Isn’t that awful? I should try harder that at! That being said though I’d definitely bring Mitch Hedberg back from the dead and he’d be on. He was so clever and is probably my favourite ever stand-up comedian. I used to know some of his CDs by heart. I’d also invite Reginald D Hunter so we could trade stories about being American in the UK and I’d probably want Dave Chappelle to come too because he’s so sassy.” 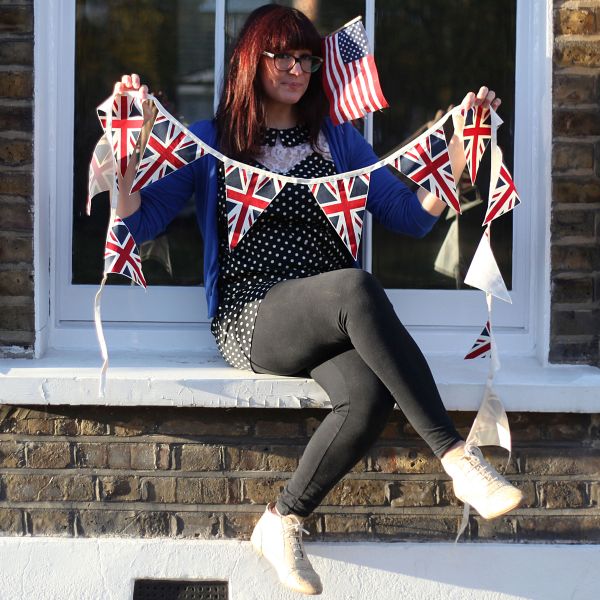