This Edinburgh Festival Fringe why not watch two men as they try to recapture their long lost youthful idealism by mocking their own lives and the lives of others. We meet one of the two, stand up comedian, Dan Fardell.

“The show is called Perfectly Goddamned Delightful, it’s myself and my friend Pete Strong doing our first shared hour of comedy! Pete’s style is angry pessimistic diatribes punctuated with sharp comic poetry, and I’m more of a self-deprecating gag-merchant. Pete hates the world and I don’t realise the world hates me.”

“We performed with them at the Brighton Fringe and had a great time. And when some late cancellations came up we leapt on them and were fortunate enough to be awarded a nice one. Laughing Horse has a lot of great venues at Edinburgh and The Newsroom is certainly one.”

“I was always obsessed with comedy, but poor health kept me out of most aspects of life for a long time, killing most of my self-belief in the process. However as my health improved one friend in particular kept hassling me to give it a try, to my increasing, despair-fuelled irritation. One day his Facebook status read ‘Just done my first stand-up gig’. He had gone out and done an open-mic night just to goad me into it. It worked. Within a month I’d done my first gig and haven’t looked back.”

“Best experience is either my first gig, the local new-act night I recently compèred where both Seann Walsh and Joe Wilkinson showed up to do new stuff. Or the debut show of Perfectly Goddamned Delightful at the Brighton Fringe.

“Worst experience is probably doing the Up The Creek competition last year the night after a great gig at the Komedia in Brighton, and just getting virtually nothing out of the crowd, being in fact the first act of the evening where the compère James Redmond had to warm the crowd up again before letting the next act on. It’s just embarrassing when it happens.” 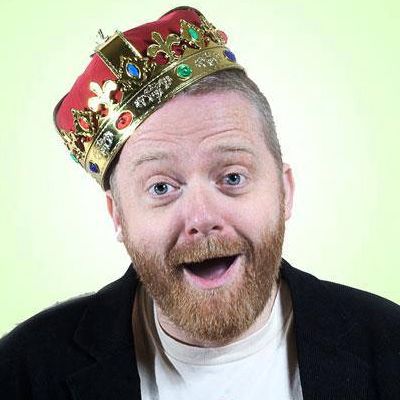