Eliott Simpson: (A)sexy and I Know It is the UK’s first ever comedy show about Asexuality, one of the most overlooked branches of the LGBT+ Community. Asexuality is defined as the lack of sexual attraction, and through the show I use stories, puns, props and all manner of absurd silliness to fully explain every funny facet of this little-known orientation. For all my life I’ve been ridiculed for never wanting or having sex, so the show is also about dissecting the misunderstandings and prejudices surrounding asexuality, both in and out of the Queer community. At its core, it’s a heart-warming, silly, but important show about loving yourself for who you are, and just how you survive as an asexual in a sex-obsessed world. Also, there’s cake, because cake is better than sex.

What is the attraction of performing at the Edinburgh Fringe? What do you think of Edinburgh?
The Edinburgh Fringe is one of the best times of the year because an entire beautiful city becomes a playground for both artists and art lovers alike. It’s basically like a theme park, but instead of rides, it has comedy, dance, and music shows! There’s no other time of year where you can literally spend weeks seeing the best creative minds performing their work in every corner of a city at every time of day. Thanks to the Free Fringe, it’s also one of the most accessible spaces to see brilliant live performances for every audience and every genre! That being said, as much as I love Edinburgh, I am convinced that it was built by ableists given just how many steep ramps and stairs there are haha. Nevertheless, it’s a beautiful city with a rich history and a plentitude of unique spaces, eateries and locations and it’s a sheer joy to work in it for the best event of the year.

Who inspires you?
Mostly my favourite comedian, Eddie Izzard. She’s always been my biggest inspiration, not just because she proudly doesn’t conform to societal standards of gender, sex, or appearance, but also because she masters the wondrous art of spreading education through comedy. From a young age I was fascinated by how much I learnt about history, politics, and language through watching her stand-up, and all the while seeing it from someone who didn’t conform to conventional standards of how people should act or look. She inspired me to not only embrace my own identity but to use comedy to spread awareness of it to others. I’m also just generally inspired by any comedian who delves into the surreal and the absurd with surefire confidence and courage. The world needs more weird, and I’ll always thank the likes of Harry Hill, Bob Mortimer and Joz Norris for inspiring me to be my best weird quirky self!

Are there other shows you want to check out during the Fringe?
As always I’m definitely going to check out Joz Norris’ new show, “Blink”. In my opinion he’s the master of surreal comedy and his shows are always ceaselessly hilarious and genius.
I’m also going to watch “Soup Group” as they are masters of clowning who can make any audience laugh without saying a single word.
I’m also going to check out Sooz Kempner’s new show “Playstation” as she’s guaranteed to always deliver a fantastic show for Gaming nerds everywhere.
I’m also certainly going to check out Tom Mayhew’s show “Trash Rich” as I’ve loved his BBC Radio series and he is a poignant and important voice for all working-class performers.

And as ever as part of my Fringe traditions I will definitely make time to see “Mr. Thing”, one of the most enjoyable times anyone can have at the Fringe. A late-night comedy talk show with guests, violence, chaos, ping pong and puppets? You’d be a fool not to go!
Those are just off the top of my head but there are hundreds of shows that I’ll try to go and see. My favourite thing to do is to just wonder around the Free Fringe and just see whatever looks bizarre or fun and then just try it out! More often than not I discover a new performer that I end up loving!

So how would you describe Asexuality?

The dictionary definition is just “the lack of sexual attraction”, but I find it much more fun to say it’s being really into people, just not really in people. I often use a useful beverage analogy where I simply say that I like my partners how I like my Tea: Warm, sweet, and nowhere near my trousers. People misunderstand asexuality because they think it means a fear or hatred of sex, but that’s not true, if anything it’s just indifference (I feel the same way about sex as I feel about Special K). That’s why I sometimes prefer the term ‘shagnostic’. There’s a lot of variations of identities under the Asexual umbrella, but you’ll have to come to the show to learn more about those haha. 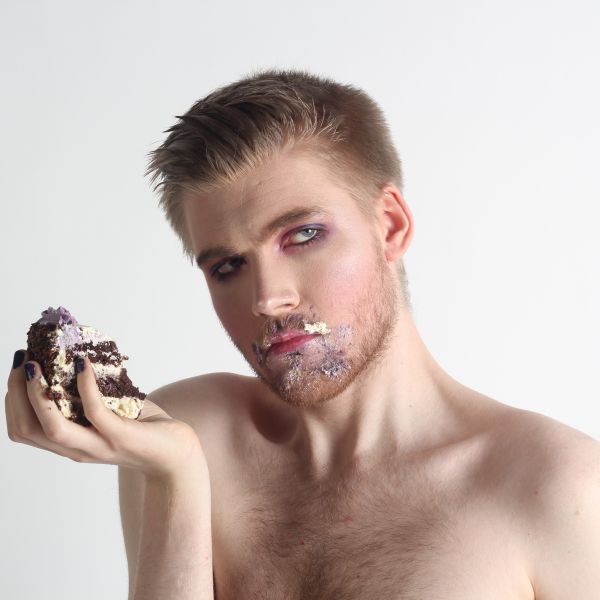