Michael Barrymore went from being a Redcoat at Butlins in the early 70’s to being voted the most popular entertainer thirteen times throughout the 80s and 90s. Then, in 2001 Stuart Lubbock tragically died in a pool at his home and Michael was suspected of his murder. Though innocent, his career fell apart. Martin Walker meets a man who is now fighting back – and winning.

What made you want to be a performer and how did you get started?

“It started with Mum putting me up on a stool at around four or five years of age to perform for the aunties – I didn’t protest – I sang for as many Ahhh’s as I could get. I was taken to The ABC cinema at The Elephant & Castle for my first movie experience, Norman Wisdom starring in Trouble In Store.

“To be honest it was not his performance that got my attention, it was the audience; this packed cinema was held for the length of the film, not thinking at all about the reality they had to deal with every day. I wanted to be part of anything that powerful. After the movie, whilst waiting for the 188 bus back home, I said nothing to Mum, just to myself… ‘that’s what I am gonna do…’ I did all the school plays, then am-dram, anything to get experience. At nineteen I won a scholarship to train at LAMDA.

“An actor’s life for me… well it would have been if I did not fool around so much… which is how the stand-up began.”

What was your first big break?

“I think you get a combination of breaks, rather than one big one. Doing The New Faces talent show helped towards meeting my to-be wife Cheryl – who became my manager – which in turn knocked on to the next part.

“I suppose getting a supporting role on Russ Abbot’s Mad House was a big break. It was given to me by a Scottish guy called David Bell, who at that time was head of Entertainment for LWT. He came to see me live and on his return my agent said, ‘Well what do you think?’ He replied, ‘I haven’t got a clue what he did… but I’ll use him.’”

“Had more than my share… but if pushed I would say getting to be top of the bill on the Royal Variety Show.”

You were a big hit as an actor at the Edinburgh Fringe a few years ago.

“I was offered the role of Spike Milligan in a play about his life. I had interviewed him on my show, Barrymore, so I found myself at the Edinburgh Fringe. As I said earlier I did start out acting, but the Barrymore thing just took over. I also did a series called Bob Martin. I do like acting, I think all comedians do. It is such a relief not to have to come up with the goods… the words are all there.

“It started with Spikes PA – who looks after his estate. We met at one of the Comedy Awards; she remarked she thought I would be perfect to play him. God there were a lot of words!!”

The sad death of Stuart Lubbock in your swimming pool and the legal aftermath has been well documented, if not very accurately. Who do you blame for your wrongful arrest?

“The sadness of his passing always seems to go into second place with some journalist only hell bent on using anything to destroy me and turn me into some monster. Strangely enough if you ever meet any of them close up and say why? They struggle to answer. As a friend of mine said, it was too juicy for them not to do what they did, with the wild, untrue accusations.

“As I am in the middle of suing Essex Police for wrongful arrest, I am restricted as to what I can say. This process has taken nearly four years to deal with so far. Indeed, if it were not for a certain lawyer taking up my side, I doubt I would have ever had the chance to finally put right the wrongs. We are a lot nearer to getting this sorted. Even so, I am not sure that, with all that has been thrown at me, the damage is almost irreparable.”

How do you feel about the press now? Do you think ‘The Leveson Report’ will change things for the better?

“Long term, I would think they will revert to old practice, even after Leveson. I would love to be called wrong on this, I’ll be happy to apologise – as I am about to get an apology from them hacking my phone, I’ll be happy to return the sentiment.”

Do you agree that after phone hacking, people’s attitudes towards the press and the police have changed in that they are not the trusted institutions that they once were?

“Yes. It is easier now, to be believed, if you have a grievance towards the police. I can only speak from my experience and that is sadly that they are not to be trusted. As someone who was brought up to always tell a policeman if you’re in trouble… I never thought that I would have to say different. I am actually quite sad at even saying these words even now.”

You have been open about being a recovering alcoholic. Do you have any advice for those that want to stop drinking?

“I had no choice in being anonymous about my addiction – that was taken away from me by the Sunday Mirror when they revealed I was having treatment in 1994 in America. But yeah since that’s the case I am always happy to talk about it and help anyone I can. It keeps me well and I have been for some time now.

“Best advice I can give, find someone you really trust and tell them you think you may have a problem. Chances are they already know. If that’s too much, go to an AA meeting in your area. Just roll up and listen. No one is gonna pressurise you. And if it’s not for you, at least you have tried.

If you were putting a TV show together now, featuring new and established comedians, who would be your guests?

“From the established, top would have to be Peter Kay and I think Simon Amstell really has that something – he just needs the right format to bring it out. And if I were doing a new comedy show I would get all the comics together to do a genuine version of Who’s Line is it… If you know what I mean!!” 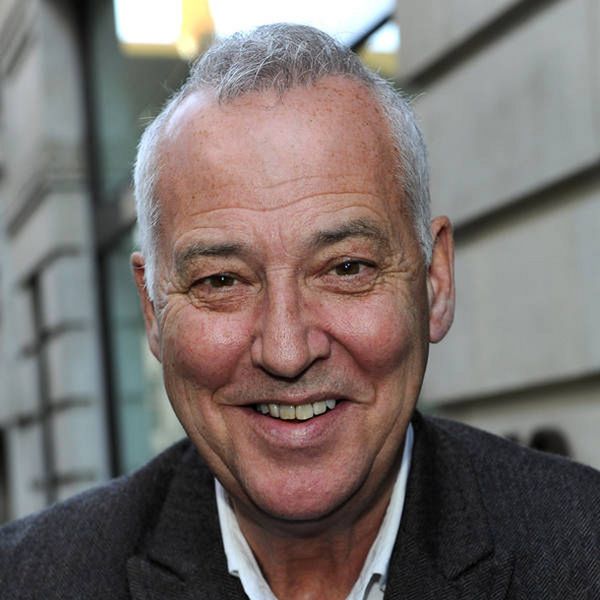