This year’s Musical Comedy Awards finalist, Laurence Owen, sings troublesome songs of lust and bad manners in his new Edinburgh Festival Fringe show. Boundaries will be pushed. Preconceptions will be challenged. Will anyone emerge unscathed?

“My show is called Laurence Owen: Lullabies Of Pervland, and it’s a musical comedy hour largely about sex, Disney and science-fiction. I’ve been coming to the fringe both as a punter and a performer for many years, so I’m mighty thrilled to be bringing my first solo hour.”

And you have an album of the same name out?

“It’s the sister album to the live show – it’s on sale already and I’ll be selling them in Edinburgh. It contains many – but not all – of the songs which will be in the show. It’s about 70% crossover. So they’re more like cousins. They share the common banana DNA, but one has lungs and the other has gills. But which?”

And you’re a soundtrack composer as well as a musical comedian.

“Well, alongside gigging I earn my keep by composing music and sound design for films, theatre and the like. I really enjoy writing for orchestras, and that probably bleeds into my own material too. At the moment I’m working on Golem, the new production by theatre company 1927, which will go to Salzburg, Paris, and then London’s Young Vic Theatre in December. At the Fringe this year I’ve made music for two shows at the Voodoo Rooms – Madame Magenta: Libros Mystica and Mr Susie’s Last Chance Cabaret.”

How close to the person on stage is the real you?

“It varies. Stage Laurence usually has more indignation in him than offstage Laurence, though we both tend to shake our little fists, and we tend to smile in about as many photos as each other.”

If you were curating a music and stand up show for television, who would be your guests?

“How serious are you about doing this?” 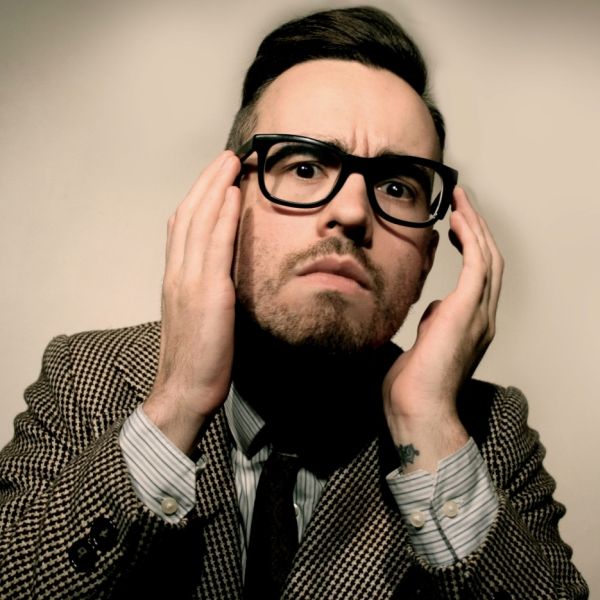