Please tell me about your 2022 Edinburgh Free Fringe show, Nebula.
I’ve come to this show from a position of knowing what I don’t want to do, rather than knowing what I want to do. I could go on about them at length (and often do), but my first two shows both tackled my own insecurities in different ways — Imaginary was about me being the audience’s imaginary friend (a metaphor for not feeling like a real person!), and Leslie Ewing-Burgesse Exists! was about trying to overcome my insecurities (and ending up becoming completely self-obsessed in the process!). Writing both of these genuinely helped me, but I knew I didn’t want to typecast myself as The Insecurity Comedian, so vowed to do something completely different for my next show. I hadn’t written much of anything when I settled on calling it Nebula — which is essentially the end of one thing, and the beginning of something new — and because I was so determined to do something different from what I’d done before it took a long time to really understand what I actually was doing. This show was, in a word, nebulous.
Ultimately what I’ve ended up writing is my silliest, most funny show yet. I’m a huge alternative comedy enthusiast, and this is exactly the sort of show I’ve been wanting to make all along. It’s so, so stupid, and brings me so much joy every time I perform it. I’ve also surprised myself; it’s the first time I’ve done a show that’s not been a desperate attempt to explain who I am, and somehow it ends up having more of me in it as a result. I’m incredibly excited to get to perform it every day!

I love Edinburgh Fringe more than pretty much anything. I’m Canadian (I’ve just realised this won’t be apparent because you can’t hear me), and when I moved to London in early 2013 I almost immediately became obsessed with going to comedy shows. I remember feeling bereft that first August, because everyone was suddenly gone. The next year I decided to take a short trip to the Fringe and, at the prompting of a friend of mine, did my first standup set, after really wanting to for ages but feeling absolutely terrified. I like the fact that Edinburgh is where I started out. I realised what I wanted most in the world was to be a comedian, and it took me ages to feel comfortable using that word to describe myself. I felt like I needed to earn it. I’ve always loved writing so was fascinated by the craft of creating a show; I’d go watch other people’s work-in-progress and preview shows obsessively. Even three shows in it thrills me to know that I’m doing the thing I want to do more than anything else. I’m being the person I want to be. Plus I see the Fringe as comedy summer camp. I love constantly running into people I know, having only one real concern and that’s my art.
It also doesn’t hurt that Edinburgh is one of the prettiest cities in the whole world.

Who inspires you?
I feel a bit stressed about this; there are so many people, and they’re all incredible humans, and I want to name every last one of them! But I’ll keep it succinct, and only mention two.

I’m hugely inspired by Andrew O’Neill, who’s one of my best friends. I met them when I first moved to London, and they’re one of the people I credit with making me want to do standup. They’ve always been such a huge support to me, such a mentor, and they’re constantly pushing me to be a better comic, which I appreciate more than I can say.
The other one is my amazing friend Vix Leyton. She’s incredible — I saw her do her first gig, and she’s come so, so far since then. I’m in awe of her ambition, and I’ve gotten better at asking for what I want because of her.

Are there other shows you want to check out during the Fringe?
You should see my spreadsheet!
I went to see a work-in-progress of Viggo Venn’s Club Comedian a while back, and I genuinely think I’ll go see it multiple times during the Fringe. It’s an absolute joy start to finish, and I never, ever wanted it to end.

I’m a huge fan of Australian comedian Tom Walker and was absolutely thrilled when I saw he’s bringing his show Javelin to Edinburgh. His 2019 show Very Very was my favourite of that year, and I’m so excited to see more for him.
My wonderful friend Katie Mitchell — with whom I have a very stupid podcast called A Fun Time with Katie and Leslie, please listen, it’s in all the usual places — is doing her first Edinburgh run this year of her show She Festers. I saw an earlier version a few years back, and it’s this beautiful, emotionally complex, and incredibly funny show. Also, we live in different cities so rarely see one another, so I’m excited to get to hang out!

Finally, ask and answer a question of your own.
What do you think Jim Davis is doing right now?
Honestly? Probably drawing Garfield. 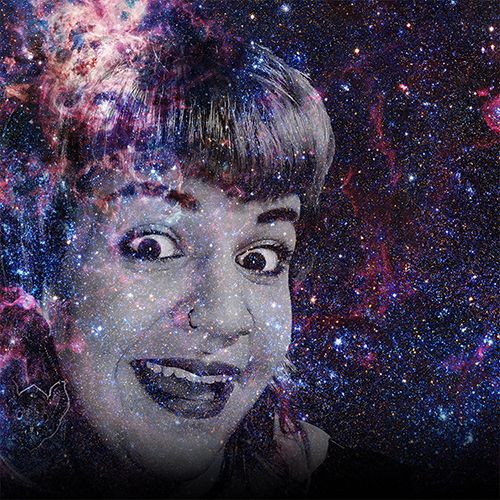