I tell puns; I try and invert what a usual standup comedian does and don’t care about being or looking cool or slick. I actively go out of my way to be as alternative and ingeniously stupid/silly as I can be. There are no stories and no observational stuff because it’s just gag, gag, gag and they will make you groan as much as they will make you laugh. I specialise in the ‘visual’ wordplay gag so it’s heavily prop and PowerPoint slide laden. It is this that makes my pun act more unique to others who do something similar and the ‘head case’ persona sells it. Last year I was doing a less polished version of the show when I got cellulitis in my right knee mid-fringe and spent the second half in and out of hospital on intravenous antibiotics, so this is my second attempt at the show hence ‘’the second leg’’. So it’s far more polished now and I will do the whole run this time.

I was basically ‘dared’ into trying a standup routine to prove a point to a friend when I said no-one had ever done a routine about music festival culture as it wouldn’t be funny. I wrote and did one at the most local open mic comedy night I could find to me and I proven wrong because I got laughs, it was a wonderful buzz so I carried on gigging. It then quickly evolved from that into me just doing prop gags & puns when I found I was much better at that.

Yes as I use props and when doing a longer set PowerPoint slides so I don’t travel light thus me setting up always takes a while then once I’ve set it all up I just pace up & down worrying, knowing people will love & hate me in equal measure.

I’ve never had a bad review from a reviewer – everyone has been positive (seriously) – however I’ve been told to kill myself in YouTube comments. Best review was from Peter Fox who runs Notts Comedy Review who called me a ‘Demented Genius’ which is the ultimate compliment for me as it’s what I’m going for.

I haven’t as yet been reviewed in the last two fringes, but I know I’ll get at least one this year and I’ll read it even if I regret it.

People forget comedy is subjective so what they think ultimately don’t matter, it’s what the audiences think but I would be lying if I didn’t have double standards and will wear a positive review with pride if I’m lucky enough to have one come my way. I do personally think if you can’t take a bad review then your not thick skinned enough to be a comedian tho.

Personally, I go out of my way to try and not be topical or political etc but I have puns involving celebrities I’ve been doing for years that suddenly becomes topical and that suddenly changes the tone of it completely. E.g. I have a joke about Stephen Hawkins I’ve been doing for the last 8 years that was always in bad taste that has suddenly now become horrifically sick but it’s still funny to me. There are words I wouldn’t personally use in jokes but I don’t think anything should be out of bounds, so long as you can make it funny.

I still drive long distance for unpaid open spots even after 8 years of gigging. When I feel it’s still required of me so yes I go ”too far” all the time.

I’ve had a few but doing Red Raw at the stand in Newcastle probably takes the crown as every gag landed for 10 mins and the audience were that on board with me I could have said any pun and they would have laughed. I had to ask them to stop laughing and clapping as I was short of time and wanted to get as many gags in as possible. I literally got a standing ovation at the end and Jarred Christmas then found me impossible to follow which is why it’s the best one for me. 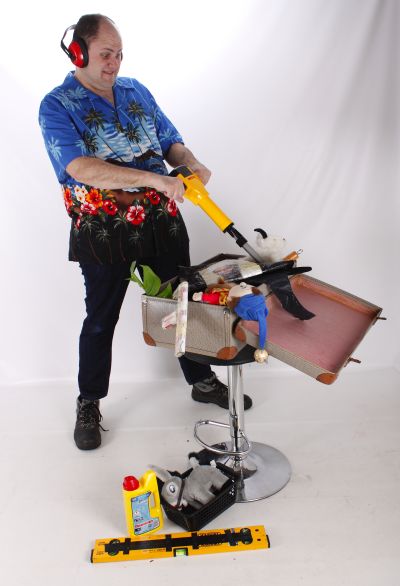