The Elephant in the Room is an autobiographical one-woman show that navigates my real-life journey as I transition from deeply embedded roots in India to finding context and common ground in America. I tell the story of a software engineer-turned-actor navigating a precarious path as an immigrant far from my family and the familiar cultural touchstones of home. It’s a darkly funny play with a unique perspective on the immigrant experience, which is a prominent theme in my works.

I’ve been performing this play since 2019, and it has been received very well in the United States with standing-room-only performances at the Kennedy Center, sold out performances in New York City, and has toured several theatres nationally in the US. This is my international and Fringe premiere of the play, and I have a mini-UK tour lined up which will follow the month-long run at the Edinburgh Fringe.

I first learned of the Edinburgh Fringe when I watched a documentary by a local band I really adore from Bangalore, India – Thermal and a Quarter, who had just returned from a successful run at the Fringe. I was fascinated and amazed by the idea of being surrounded by artists who are passionate about their craft and are crazy enough to attempt something massive like this. At that time, I hadn’t fully switched careers from engineering to acting, and it truly lit a spark in me. I had this insane idea that someday I would take a show there. Little did I know that I would end up writing and performing a show based on my own life experiences! This is my first time visiting Edinburgh and I imagine it to be a breathtaking place filled with a warm and loving community of people full of heart and enterprise.

It’s a long list of people – but they all have one thing in common. They are all artists dedicated to mastering their craft, regardless of outward validation or approval. I must add that The Elephant in the Room is the first in a Triptych of Solos – the other two plays in the series #CHARLOTTESVILLE and The Wall are also solo plays heavily inspired by the works of Moisés Kaufman & The Tectonic Theater Project and, of course, Anna Deavere Smith!

Absolutely! I’m obviously looking forward to watching Sir Ian McKellen in Hamlet (I have my tickets already!) and I’m also eager to check out Psychodrama at Traverse Theatre produced by my dear friend and colleague Pádraig Cusack! I’m still waiting to get my hands on the 2022 Fringe programme, so I can highlight all the shows I hope to see.

Is there a real elephant in this production?

YES. That’s a trick answer, and the moment you realize this is true, happens to be my favourite dramaturgical revelation in the play. I hope you see it, so we can talk about it! 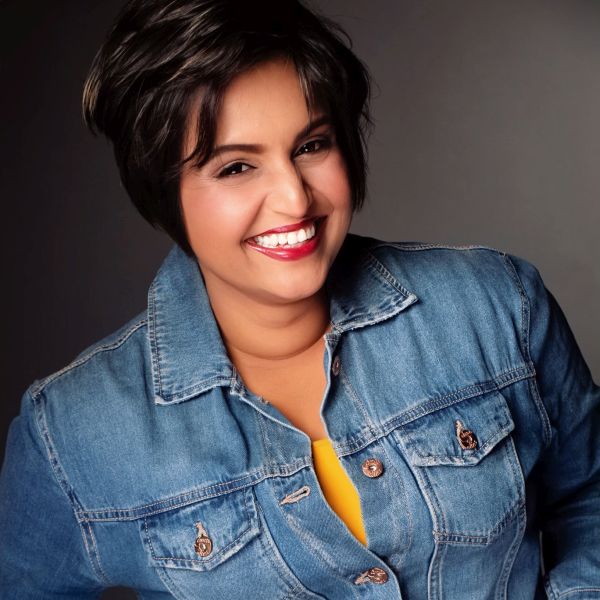