My show Jim Daly: Football And Fatherhood is literally about football and fatherhood as I thought it would be the best marketing strategy to just tell people what it’s about in the title. There is a bit more to it than just that though, thankfully, as it’s a show about finding self confidence in the strangest of places, as I did in my own parenting journey when my daughter was born almost three years ago. She is the star of my show although she shares that billing with a former professional footballer who played in Scotland at one point (quite badly). Someone once called my comedy “gentle” and I think that’s a nice way to describe my show; no ranting and raving, no piss taking out of the front row, just a fun, silly, heartwarming hour for anyone with an hour to spare in the middle of the afternoon, after lunch and before you go and see a big TV act in the evening.

Being away from my three year old daughter for a month. Just kidding, that is actually going to be the hardest thing about being in Edinburgh this year as it will be the longest I’ve been away from her since she was born. She is very confused about why I am doing a show about her but does tell people her daddy’s job is to “make people laugh” which is up there with one of the best reviews I could get. I’m going to put her down for 5-stars.

Performing at Edinburgh is such a privilege that a lot of performers don’t get to do. Not only is it a great place to make a name for yourself it’s a summer camp for comedians to see other shows, meeting other like-minded people, learn from each other and celebrate all that is great about comedy (and theatre/improve/other disciplines). It helps that the Fringe is placed in one of the most beautiful cities in the UK (although I am staying in Glasgow for the first half of the Fringe to save money – another beautiful city, I wouldn’t want Glaswegians coming for me!)

Honestly, everyone that comes to the Fringe to put on a show as it’s a big commitment (time and money-wise), it takes a lot of energy from sorting all the endless Fringe admin to actually performing the thing and anyone that manages to go up there, perform their heart out, and survive mentally and physically deserves all the respect and love in the world. Aside from that probably my dad; he’s never performed at the Fringe, he’s a retired chartered accountant, but he helps me do my self assessment and I have no idea how to do it despite a decade of being freelance so I don’t want to anger him by missing him out. (Also he’s the best person I know).

Sugarcoated Sisters are brilliant and ones to watch for sure, Bilal Zafar is the GOAT, Mat Ewins is a staple of any Fringe visit and makes me cry laugh every time I see him, Chloe Petts is one of the best people in the world and an incredible comedian. They’re all on my list but I also plan to see as many shows as possible when I’m not performing as the dark venues are a much better place to have a quiet anxiety sob than a cafe on the Royal Mile.

Why do some people stand at traffic light crossings but don’t press the red button? It makes no sense to me. Are you waiting for someone else to press the button, like some sort of traffic-based butler? Or do they just assume the lights will change to red at some point? Baffling behaviour, for which I actually have no answer, sorry. 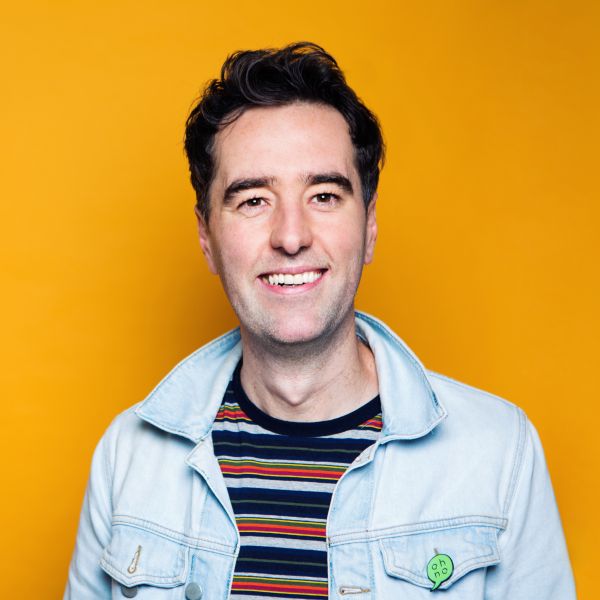