Rhys James is one of those early twenties ‘haircut comedians’ whom older comics winge about. How can anyone under forty be trusted to tell jokes? It is true that Rhys has a nice hair, but funny and intelligent story telling doesn’t start when it turns grey.

“My show is called ‘Rhys James Begins’. It’s the debut hour I’ll be taking to Edinburgh in August and its sixty minutes of stand-up and spoken word poetry – essentially about me and how I’m dealing poorly with things – like love and getting older and other people’s opinions. I also tackle a few issues and explain the event in my childhood that led me to comedy in the first place.

“I was born in Swindon, but quickly escaped – with some assistance – aged four, to the middle-class mecca of Hertfordshire. I wanted to be a comedian ever since I was a precocious teen who thought he was funny doing speeches at school. Now I’m in the same situation but I do it for money. And rarely in schools”.

Despite ‘Rhys James Begins’ being his first solo hour in Edinburgh, Rhys doesn’t lack experience. He’s written for Chris Ramsey and Russell Howard, and he counts Richard Herring as a fan. His Edinburgh debut was as part of the ‘Comedy Reserve’ in 2010.

“The producers of ‘Russell Howard’s Good News’ came to see me in Edinburgh after enjoying my tweets, weirdly enough, and then offered me a job. I’d love to tell you Russell himself invited me to his yacht, flicked cigar ash on a stripper’s stomach and said “you got somethin’ kid, come write for me!” but I don’t even think he has a yacht”.

I suggest that he must be mourning the demise of BBC3.

“It’ll be a real shame to see BBC3 go, and the reasons seem a little pointless, but hopefully some good can come of it. Maybe it’ll kick Netflix UK into making some original comedy? I hope so”.

We move on to talk about Rhys’ best and worst comedy experiences.

“My favourite experiences are when the audience is laughing. My least favourite is when you’re in the set up for a joke but you really need to swallow. All you can think is “swallow, you need to swallow, do a swallow mate” but you mustn’t swallow or you’ll kill the momentum. Get to the laugh. Then swallow. I feel I may have said swallow too much in this answer”.

I then go on to ask my favourite question, ‘You’re curating your own TV show. Who is on the line up’?

“I assume this is hypothetical, unless you’re breaking the news to me? Yes! I’ve got my own show! Thanks Broadway Baby! I suppose it’d be pointless to put some of my all-time heroes on it as they’re already famous or dead, so I’ll go with James Acaster, Adam Hess and Phil Wang for episode one.” 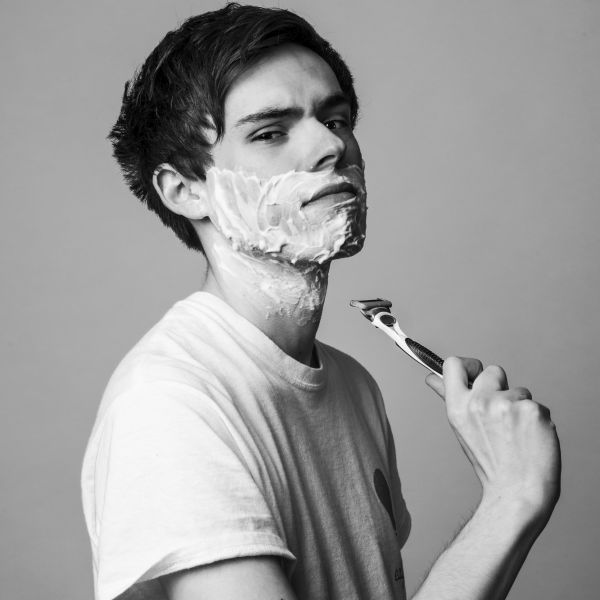