“We’re planning a tour in the autumn, so this is sort of an experiment. Trying out a few of our new songs.

“We did a show together last year in Edinburgh. We hadn’t intended to come back to be honest, but this room came up at the Assembly Rooms and we thought that it was too good an opportunity to miss. It’s a different show, with different songs.

“My first Edinburgh was in 1976, which as you know, is in the past. It does feel a bit strange to be back. Aren’t comedians getting younger now days? I feel like I’m gate-crashing a sixth form party.”

So you’re the responsible adult at the Fringe?

“That’s right yeah, make sure people don’t get too drunk. Some hope.”

When was your first Edinburgh show?

“Back in the early 90s we had a comedy country band called Death By Country. It was just a bit of fun really. I always wanted to be an aging rock star – so I’ve still got a few years left. I decided to write some songs with my extremely limited guitar ability. In country music the lyrics are really important, but you only need three chords.

“I was at a charity do I think, and there was lots of drink around. I was speaking to the promoter, Phil McIntyre. I was winding him up, demanding to know when he was going to bring my band up to Edinburgh. I didn’t have a band. So of course I forgot all about it. Then two weeks later Phil is on the phone saying, ‘Good news Rory, I’ve got you two weeks in Edinburgh with your band.’ And I said, ‘what band?’ ‘The band you were telling me about at the drinks thing.’ ‘And what did I say about it…’ Phil got the hint and pressed on anyway. ‘That comedy country band that you have…’

“So I got on to Philip Pope and insisted that we form a band right away.”

So do you and Phil write together?

“I write the words and come up with a very basic tune, then Phil rewrites the music until it sounds good and it’s too difficult for me to play. I’m forever asking, ‘what the hell is that chord? I’ve never seen that before’.”

So is country music still the main theme?

“We still do a couple of the old country numbers but this show is more indie rock. Maybe a bit of folk and blues. And some funky stuff as well.

“I wasn’t that much of a fan of country music, but listening to a lot of country as I was searching for inspiration for my own songs changed my mind.”

So it’s a music show with some stand-up.

Will you be releasing the show for people to buy?

“It would be nice to commit some of the songs to vinyl. Listen to me, vinyl? We hope to have a digital release at some point. Lots of noughts and ones.”

They still have vinyl where I live in the Scottish Borders. iTunes hasn’t caught on here yet.

“What is your nearest town?”

Carlisle, over the border in England.

“Oh yes Carlisle, I know the place very well. I did some filming up there for a TV documentary called History Quest. Carlisle famously had nationalised pubs until the early 70s I think. The government were trying to prevent the munitions workers in the factories in Gretna from getting too drunk. Until 1919 you weren’t allowed to buy a round of drinks.”

You’ve done quite a bit of TV, but for many you are best known as one of Three Men in a Boat, alongside Dara Ó Briain and Griff Rhys Jones.

“You know of all the TV I’ve done, Three Men in a Boat is the show I get asked about most often. I was talking to Griff recently who has done masses of TV, and he said that even though the show ended over three years ago, all he gets asked is, ‘where’s the boat Griff.’

“It didn’t even cross my mind that the show would go on to be as successful as it was. I think it’s fair to say that the three of us had no idea how it would be received. Why three blokes not knowing what they were doing or where they were going went on to be so huge, I don’t know.

“I think it was the first thing Dara did away from stand-up. He, Griff and I would love to do some more, but we are always really busy on other things.”

We’ve written a couple of books. Any more in the works?

“Yes, well the first two books were memoirs, but I’m working more of a fantasy novel at the moment. I’ve been rather preoccupied with the show, but I’ll get back to it soon.

“If you mixed up Lord of the Rings, Harry Potter, Game of Thrones… it’s a spoof fantasy journey, a rambling story of monsters and war and peace. I enjoy the whole pomposity of the genre.”

You’ve worked with so many greats in Stand Up and music. If you were curating a TV show, who would you have on?

“I’d dearly love to have Paul McCartney on my show. There are so many questions I’d like to ask him about his music. When you try and play just about any Beatles song on a guitar, you realise how extremely well-constructed they are. Very cleverly worked out.

“I’d have Ralph McTell, the guy who wrote Streets of London. He’s sort of a hero of mine from my childhood, because his guitar playing is amazing.

“I’m trying not to say Dara Ó Briain because he’s a mate and we go to the football together. But he’s a very different, very strong comedian.

“There’s a guy called Tim Key, do you know him? He’s a very engaging surreal poet who’s quite funny. He’s a one off. I really like that.

“One off my favourite comedians though is Richard Herring. I love watching him. His show is at the top of my list when I’m in Edinburgh. My family and I all go together. We all love him.

“If I could get him back for the night I’d have Spike Milligan. I used to listen to the Goon Show as a special treat when I was little. I thought it was the funniest stuff ever. I used to know all the Goon shows off by heart.

“And I’d dearly love to see Peter Cook again. He would be great. He was so anarchic with his humour, even in private if he wasn’t too distracted.”

You were mates with Peter Cook weren’t you?

“We were very good friends, we lived quite close together in Hampsted for a while. We met quite often, I did a lot of writing with him, which was great fun. He was a Spurs fan and I support Arsenal. The convention was that whoever’s team lost would phone the other and whoever’s team won would wait for the call.

“Tottenham had lost one weekend and I was waiting for the phone to ring. After a few days I thought shall I call him? Later I was doing something at home, with the TV on and the sound down. I looked up and there were loads of pictures of Pete on the screen. I turned up the volume and learned that he had died. Very sad.

“I was reflecting a bit after the shocking death of Rik Mayall. Why do comedians often die before they get old? Is it comedy or the lifestyle we lead? I miss Mel Smith too, very much.”

Many comedians and musicians have died young. 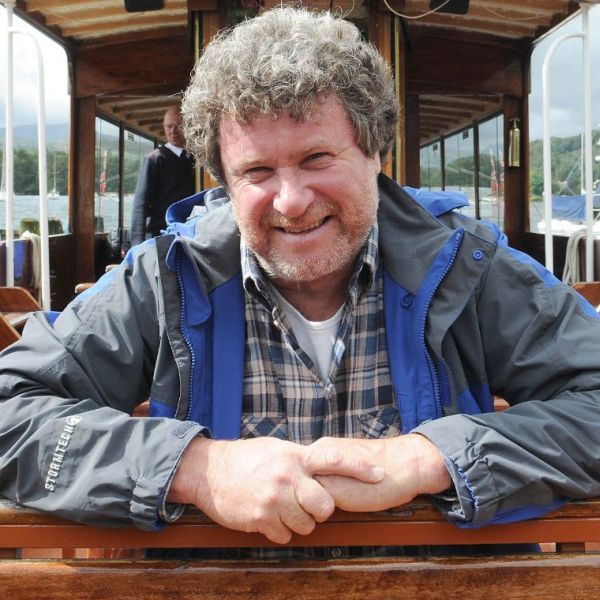