Russell Grant’s career as an entertainer is long as successful. From panto, to sitcoms, to musicals, to serious drama, to Strictly Come Dancing. Sir Bruce Forsyth famously said that Russell “put’s the show into show business.” Martin Walker asked him about his autobiographical Edinburgh Festival Fringe show.

Just to nail this straight away, your Fringe show doesn’t feature astrology, does it Russell?

“There isn’t any astrology in my Edinburgh Fringe show apart from a line where I explain that astrology was only ever my hobby, it wasn’t meant to be a career.

“Astrology has been the usurper. But then again, if I hadn’t become famous as an astrologer I wouldn’t have done Strictly Come Dancing, which was my Norma Desmond moment… my return!”

So how did you start out?

“Well I learned my craft at LAMDA – The London Academy of Music & Dramatic Art. So I’m a trained actor. My first successes where all acting parts.

“You’re probably too young to remember all the big sitcoms LWT – London Weekend Television used to make in the 70s. I was fortunate enough to work with all the greats in comedy of that era. All the old school folks.

“I then went on to do a lot of serious stuff over on the BBC. I was in The Canterbury Tales and several other dramas and plays at the BBC.

“But I was always attracted to comedy. I was very lucky to work with Hilda Baker. But there wasn’t stand-up comedy as it exists to today on television. You’d never get just one person just talking into a microphone until The Comedians can along. Comedy was characters and scripts. It was Variety. And in many ways, my Edinburgh show harks back to that.”

Do you describe yourself as an actor?

“I’m an entertainer. My first big gig after coming out of panto in 1969 was at Butlin’s up in Ayr in 1970. I did the Pig and Whistle singing, getting everyone on their feet and joining in with all the tunes. Then I went on to do a show at the Gaiety Theatre with my old friend, Isla St Clair. We would perform together doing one hour versions of Oliver, South Pacific, and so on. This was before either of us became famous.”

You talk about this in your show?

“Yes, I tell the story of my life as if I’m reading from a book. Then in every moment that we possibly can, we get a great burst of music and we get up and dance. We’ll be doing the Twist, the Jive, I’m going to teach people the Samba… it’s all about interaction. People can sing and dance and have a bloody good time!

“It’s quite exciting for me. I’m doing a lot of things that I haven’t done before and lots of things I’ve been trained to do but haven’t done in ages. Oh, and I’ve got three costume changes and a popular guest singer too.

“There’s no cards, no stars… if people think they are going to come along and get a reading then I’m really sorry, it aint happening. This is showbiz!”

Have you been to Edinburgh before?

“This is my first time at the Fringe. My family on my father’s side are all Scots, but they are from The Highlands, the Grants. Then the family moved down to Devon, I think around the turn of the last century.

“I have been to Edinburgh before, but not the festival.

“I played the Kings Theatre. I worked with Scottish Ballet would you believe? I flew in as Peter Pan on wires. They didn’t let me down to dance, this was pre-Strictly so they thought, ‘well we’ll just leave him up there.’

“I did do a couple of tours as a singer back in the day, and I played Edinburgh then. But this is my first time back in the city for around twenty years.

“I have been invited to perform at the Fringe before, but I’ve always said no. But Karen Koren at the Gilded Balloon and the writer Hugh Sington, said that we’d build a show that was right for me. I’m very happy with it. I can sum the show up in one line…

“The story of my life told through the genre of disco.”

Sounds like the start of a good night out.

“Exactly. Even my time slot is perfect for that.”

You’re reading from the book of your life. Do you touch on the bad times as well as the good?

“It’s a fun show, but there are just one or two moments which are more reflective. The most touching bit is when I talk about caring for my Grandmother who had Alzheimer’s. So I’m connecting up with Azheimer Scotland and Alzheimer’s Research UK. Outside of showbiz, Alzheimer’s is the biggest thing in my life.

“So there is a little bit in the middle of my show which pertains to that and the darkest time of my life. I became twenty seven stone, had two heart attacks and had prostrate and skin cancer. Not many people know about that.”

I didn’t know that. You’re opening up a lot – it sounds very personal.

“It is very personal. I mentioned Hugh Sington – he worked on the script. Hugh is a very talented writer who does a lot with Stephen K Amos and various Radio 4 comedies. But in the end I asked Hugh to take some of the darker stuff out, as there was a danger that the show could become sad.

“Thing is, I was in a dark period of not being able to walk without a stick because I was so over weight. I had angina and had to take endless pills… but I got better. Suddenly there I was dancing on national television and re-launching my career. Rather than feeling sad I want the audience to feel happy about that. If they are feeling off colour they should know that things can improve. So if a member of the audience is feeling blue, I want them to come out of the show feeling, I don’t know… bright pink!”

“People should come dressed to sparkle. And they should bring a kitchen implement. Not a knife thank you very much, but a wooden spoon or a spatula – they’re gonna need it for the Dana song.”

I can only imagine…

“Oh and a mixing bowl of course. We’re going to bake a cake to Dana.

“The point is I never thought I’d end up at Wembley, being shot out of a cannon and then landing and doing a Jive. I want to inspire people to think about the possibilities of life!”

Given that you’re a trained actor and an entertainer and your career was taking off – doing loads of TV and so on. How did you start in astrology?

“It was a hobby. I was interested in it so I bought a book and started learning about it.”

So you don’t claim to have psychic powers or anything?

“A lot of people think that astrologers tell the future, well we never have and we never will. You do get people who don’t know what it’s all about accusing folk of making false claims. Astrologers don’t claim to be supernatural in any way.

“Astrologers don’t read palms, don’t do the tarot, don’t have crystals balls, it’s not about talking to dead people. We don’t claim to be psychic or clairvoyant. Anyone who says we do is just plain wrong. Astrology is all about potential and is actually based on psychology. And it’s been around for six thousand years.

“Anyone can lean astrology from a book”

So how did you get started?

“I was at Olympia at the Ideal Homes Exhibition. The Queen Mother was visiting and I presented her with her star chart. The picture appeared in the papers then everybody wanted their stars read. It was that simple.

“So I got asked to do lots of appearances as an astrologer and eventually ended up on Breakfast TV. I was thirty three by then, but people don’t really remember the previous years.”

“I remember the late great Patrick Moore who was an astronomer. We did a number of programmes together back in the 1980s where he would say astrology is rubbish, and I remember asking him, ‘what have you studied in terms of astrology?’ and he answered honestly, ‘well, nothing. Only what I see in the papers.’ So I replied, ‘Well that’s where you have got it all wrong. The stuff that appears in the papers is what’s known as Pop Astrology. Ignorance is not a basis for criticism.’

“You know what, he favoured me after that.” 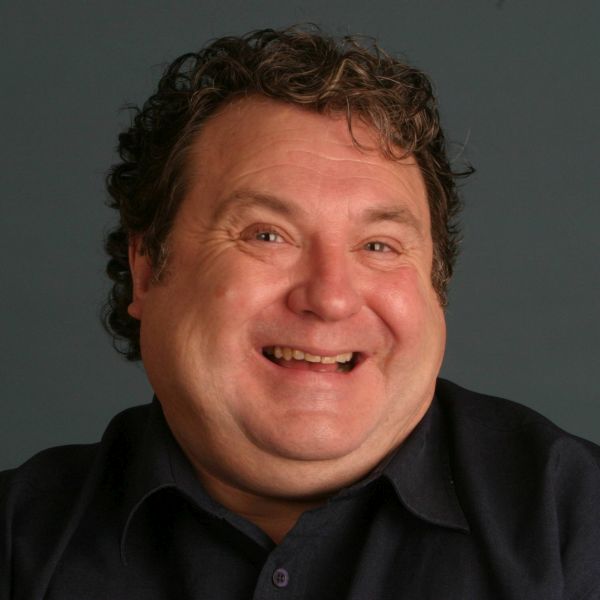