Last year at the Edinburgh Festival Fringe, Trevor Feelgood was in a show called The Barnes Identity – and after the show’s run, Trevor had a nervous breakdown and ended up in his pants in the middle of Toys R Us. He also accidentally electrocuted himself and put half of Newcastle into darkness. He quit stand-up comedy but, like Jesus and Noel Edmonds, he is back for a second go.

“My show is Trevor Feelgood: Sex Machine. Crazy character comedy, one-liners and audience participation. I am bringing light entertainment kicking and screaming back into the 90s. Last year I was in the show called The Barnes Identity and after the show’s run, I had a nervous breakdown and ended up in my pants in the middle of Toys R Us. Also I accidentally electrocuted myself and put half of Newcastle into darkness. I quit stand-up comedy but, like Jesus and Noel Edmonds, I am back for a second go.”

“I did my show with them last year and it was a great experience, they were very helpful I would recommend them to everyone.”

“I am a one man sex machine. I go out on stage and tell one liner jokes, do some amazing magic and read from the bible. I also try and pull at least one sexy lady in the audience. I still haven’t been successful yet!

“The comedians I am most like are Russell brand because I look good in leather trousers too and Milton Jones because we get are shirts from the same place.” 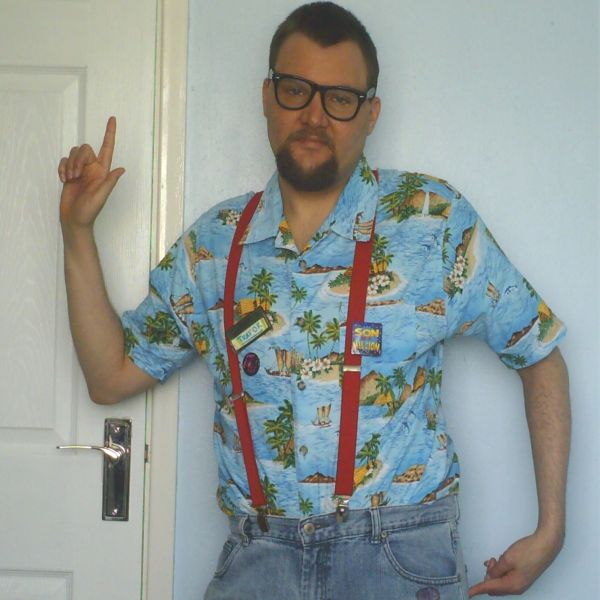