Sisters: On Demand is our follow up show to last year’s surprise runaway success: White Noise. It’s the product launch of our own sketch On Demand service, in which we attempt to hand over control of the show to the audience, giving them the choice of which sketches they see and it what order.

Who can forget Heat 1 of the Leicester Square Theatre Sketch-Off 2017? The stars were out that night: Monkey Wedding, Cheeky Kita and Chester & Patrick to name most of them. Pretty sure there’s a Netflix special of it coming out soon.

It sounds weird, but usually before we go on stage we’ll spend like two weeks learning all our lines and writing sketches for the show and learning them. Kind of weird but we’re quite superstitious so we keep doing it.

We got some really positive 4 star reviews for our debut hour with the Telegraph describing us as “A genuinely exciting new voice in sketch comedy” and The List saying we’d ‘given the double act genre a real shot in the arm’. “Trying to run before they’ve learned to walk” was probably the worst. Pretty savage cause Mark was in a wheelchair at the time.

We are going to try very hard not to, though we can’t wait to find out what a teenage reviewer who’s never seen live comedy before thinks of our year’s work. We’re only human.

Sounds like it’s the dog that’s committed the criminal offence. If Count Dankula jumped off a cliff would pugdog do it too? Lock that dog up.

You can get comedy out of any subject, you just need to make sure the object of the joke is justified. If you’re saying a joke just to be controversial or because you think it’s your right to say whatever you want then you’re probably missing the point. I think the trickier subjects often yield the most refreshing jokes. You just have to work hard enough to tease them out.

Yeah, this one time we were fined £800 for training our girlfriend’s pug dog to do something it really shouldn’t have.

Taking our debut show to London’s Soho Theatre in April was an amazing experience. We’ve seen so many incredible acts perform there over the years so to do a run of our own was a real milestone for us. We’re also playing Latitude festival for the first time this summer. I’ve heard The Killers are really excited to warm up for us. 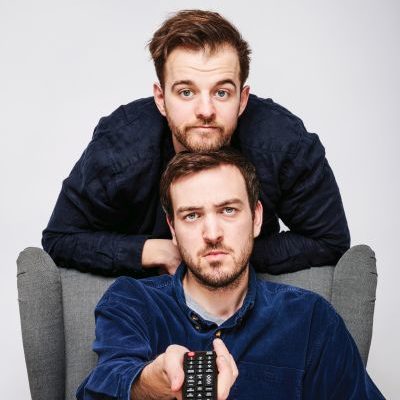