Tom says that his new Edinburgh show, “explores my existence as someone who suffers from social and performance anxiety.” There are, he says, “lots of sad jokes.” We sent him some questions.

The show delves into my life as someone who has never liked himself. It covers topics including depression, anxiety, love, social awkwardness, and being a shy, quiet, sad boy. There are lots of dark, self-deprecating jokes, but there are also jokes about Top Cat and The Lion King, so it’s not all doom and gloom; some of it is jokes about fictional cats!

I love Edinburgh. The city is really beautiful place, and I have fond memories of it outside of the month of August. The Festival is always my favourite time of the year, though, but it is also the most difficult month of the year! I wouldn’t want to be anywhere else, though.

Anyone who writes comedy with truth and meaning behind it; comedy that makes you laugh, but also makes you feel a little less alone. I have written my show wanting it to be very up-front, very honest, and to be about things I actually give a damn about. Hopefully people will leave my show being able to relate to it in some way.

My best experience on stage was either winning the Comedy Store King Gong in May 2016, or performing in the Leicester Mercury Comedian of the Year Final in February 2017. As someone who has always been insecure and worried I am not good enough, it was very validating to not only be on those stages, but to do as well as I could while up there. They are two of the times which I look back on when I worry whether I can do this.

My best review was from Edinburgh 2015. I was doing a guest spot in a friend’s show, and I was described as “a timid, undernourished boy”. I would quite like that to be written on my gravestone.

Even sadder than I am now.

I don’t read that many books at all. Whenever I try to read, my brain gets very restless and tells me that I should be working on my own writing, not reading other people’s. I am the same with DVDs… it frustrates me a bit, as I would love to read more, but I guess I love being able to say “I have my own solo stand-up show” more. I’ve wanted to say that since I was 14, so being able to say that 11 years later makes this Edinburgh a very, very exciting prospect.

Aside from performing your show, what are you most looking forward to about the Fringe this year?

Since I first went to Edinburgh as a punter in 2012, I have always wanted to see Mark Watson perform a solo show at the Fringe. I have seen him host his comedy gameshows, but most years I have either not had enough money to buy more than a couple of paid show tickets, or the show I was performing in clashed with his. This year, I have already bought tickets to see two of his shows, so I will enjoy them immensely.

It would be a sitcom about a quiet, awkward loser – me, basically. However, unlike most films showing characters like that, he wouldn’t become more confident after meeting a new kooky friend and getting some cool clothes. He would always be awkward and weird, but that would be seen as alright. I would want to hire someone like Brian Blessed to play my father; the juxtaposition between the quiet boy who looks like he’s 12 and the loud beardy man would be funny in itself! 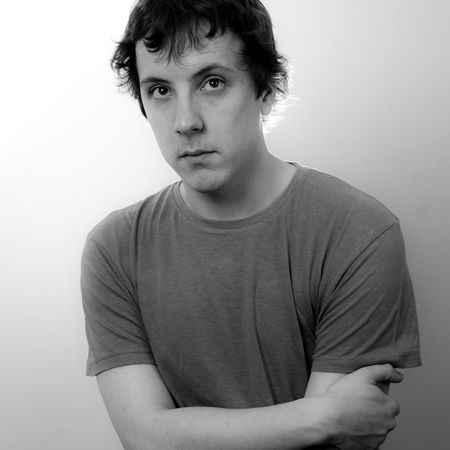