According to his website, Tom Holmes first got into stand-up comedy in July 2011 and has done spots all over London and the South East, most recently headlining nights. Apparently he gets mistaken for a member of staff every time he’s in JD Sports. Martin Walker asks about his new Fringe Show.

“Is there any point? Will anyone come to it? Nowadays you need some kind of sob story to get people interested. Well, I don’t have a sob story, just a show: Complete Holmes & Shakeshaft on the top deck of a bus. Like I said to my family before they were captured by Somali Pirates the other day, probably never to be seen again, leaving me all alone in this world, ‘it’ll be a great show’”.

“Just because, for me they are synonymous with great shows at the Fringe and that’s what mine and James Shakeshaft’s hour will be: great. Did I mention that?”

“I’m doing it to attempt to get out of my day job. Seriously, the women at work have started this Friday ‘Breakfast Club’ thing where they all eat muffins and shout about how great their babies are. It’s awful. I got started when my girlfriend got tired of me saying that I was going to try stand-up and just went ahead and booked me a gig.”

“Best could be any gig where I’ve come offstage feeling that I genuinely couldn’t have done any better and everyone laughed constantly throughout. Going on before Terry Alderton at a club in Essex was pretty special.

“Worst is easy: Third ever gig. Stockwell. August 2011. Everyone that was actually interested in watching comedy was in Edinburgh, the small audience was made up of a few octogenarians who, I’m assuming, had walked into the comedy night by mistake. I can sum up how terrible and scarring the night was, as I am still, to this day, haunted by the image of myself doing – let’s just say – an internationally recognised gesture, whilst making eye contact with an 83 year old woman who was slowly shaking her head in pure disgust. Tough crowd… quite literally: she looked extremely leathery.”

“It’s probably the cool thing to say Kitson or Doug Stanhope, and while I think they’re both great, I don’t think anyone in the world make me laugh like Vic and Bob. So I’d definitely have them doing some of their old, live stuff.

“I’d also have a couple of promising young comedians called Tom Holmes and James Shakeshaft, who I believe are sharing an hour in Edinburgh this year between during the Fringe at The Free Sisters Courtyard: Top Deck on the Comedy Bus. Don’t come because you want to see fantastic, award winning standup comedy… do it because my dog has literally just died in a jet-skiing accident.” 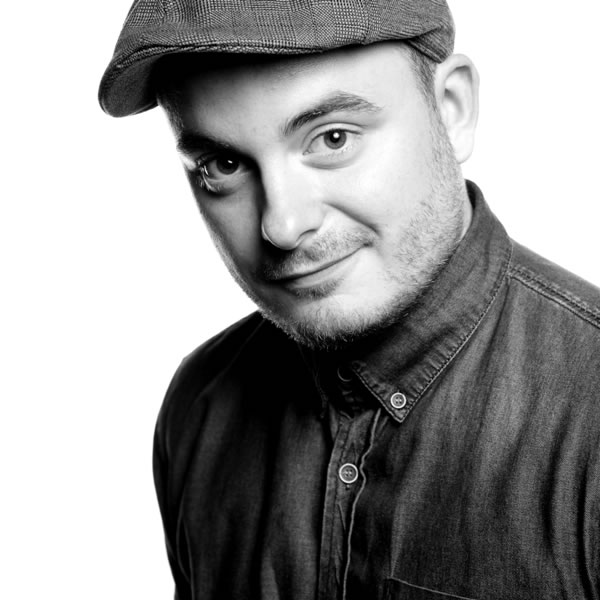