Comedian, Harmon Leon has made a career out of going undercover to investigate extremist subcultures in the United States of America. The worst of the worst, he’s infiltrated everything from white supremacist hate groups to reality TV shows. You can catch him perform live at this year’s Edinburgh Festival Fringe.

“I’m your multimedia tour guide into the diseased underbelly of America, as I bring to life such horrors as the America’s Most Beautiful Baby Contest, a hidden camera show with OJ Simpson, and Christian hardcore punk. I go to these places so you don’t have to.

“I’ve been described as weird, wildly original, and incomprehensible.

“I’m the author of six books, including National Lampoon’s Roadtrip USA. I have appeared on the Howard Stern Show, Last Call with Carson Daly, Penn & Teller’s Bullshit, and Spike TV’s 1000 Ways to Die. And I’ve performed at the Montreal, Edinburgh, Vancouver, and Melbourne Comedy Festivals.”

“No one wants to lose thousands of dollars to spend a month performing every night. I’ve been doing the fringe for years and sadly the system is stacked against the performer; everyone ends up making money – promoters, PR people and venues – except the person who is on stage.

“PBH Free Fringe brings the Edinburgh Fringe back to the artist.”

“A stand up version of Louis Theroux and Jon Ronson – but much stranger. Plus songs.”

“It was my 2011 fringe show. The show ended with me coming back on stage in a Frankenstein costume and having everyone come on stage and dance the Monster Mash.”

“The ghost of Tommy Cooper.” 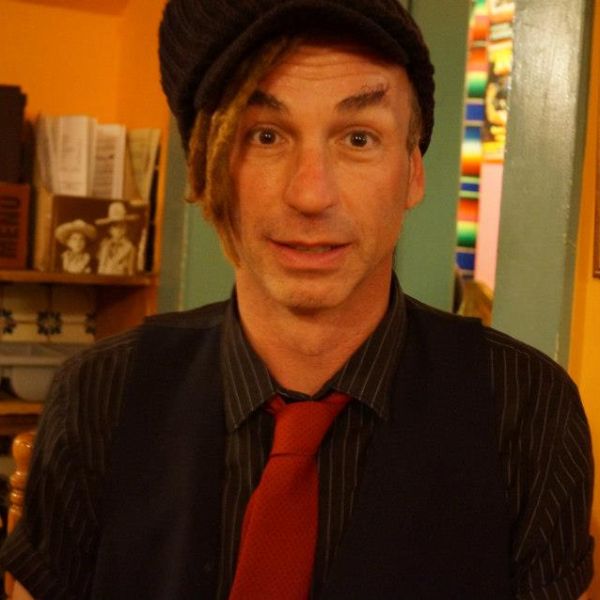