According to her website, Lucie Pohl was born with a moustache. She is a German-born-New York City-raised actor and comedian and certified-Germinican-Kraut-Jew. Since the winter of 2013 Lucie has created two hit solo shows. One of them Hi, Hitler makes its Edinburgh Festival Fringe debut this year.

“Hi, Hitler is a fish out of water story. It is about me, a German-Jew, who grows up in a wild, über intellectual family of artists, is fascinated by der Fuhrer from age four and uprooted from Hamburg to NYC at age eight. I am related to Bertolt Brecht and grew up in a truly wild family of artists where normalcy was absolute taboo and all that I yearned for. I used to daydream of stay-at-home moms and pick out the most boring friends I could possibly find because their every day lives thrilled me beyond belief.

“I was absolutely fascinated by Hitler. I would draw him on paper napkins at age six thinking he was holding up a peace sign and that Hi, Hitler was a casual greeting. I wanted to be like everyone else so badly but it just wasn’t working. At some point I realise that this feeling of not belonging has been passed down to me and that this might just be my destiny. Hi, Hitler is a story of the tragically funny search for an identity.

“The Hi, Hitler recipe is: A pinch of Hitler, a cup of hip hop and a dash of Hasselhoff.”

“I want my audience to feel entertained, tickled, surprised, shocked, confused and enamoured. If that happens we have experienced humanity together and that is my ultimate goal, to remind every audience member of their humanity. I want them to see things a bit differently than they did before and I want them to marvel at the wonder of story telling. And most importantly I want the audience to laugh.

“I have two favourite quotes that I live by and that are my mantras 1. ‘Comedy is simply a funnier way of being serious’ (Peter Ustinov) and 2. ‘Imagination rules the world.’ (Napoleon). Ok, fine, I also like this one 3. ‘I have nothing to declare except my genius.’ (Oscar Wilde) but the first two are my main life philosophies. If I can get my audience to feel this, then I am happy.”

“My worst audience experience was performing in front of two people of which one was my boyfriend and the other a drunk guy passed out at the table who would occasionally wake up to burp, whistle or yell at me. I also had clogged the club’s toilet minutes before I went on and it wasn’t pretty. All I could think of was the free salad the club had promised me in return for this epic fail of a performance. But I didn’t know if taking the salad would be even more humiliating than everything that had already occurred up until this point. I ended up getting the salad and it gave me a stomach ache.

“When people talk while you’re performing it’s always rough, because you feel like taking a chair and throwing it at their heads but in most places you just can’t do that. Utter disregard hurts when you are on stage, it’s worse than someone falling asleep or not reacting. That leads me to one of my best experiences. I was doing Hi, Hitler in Baltimore and there was a man sitting in the front row, straight like a candle, wearing a suit. He did not budge throughout the entire performance. He did not move a muscle, never smiled. I started performing only for him, trying to do anything I could to get him to crack a smile. Nothing… I was depressed. After the show he waited for me in the lobby and gave me a long hug. He loved the show and told me his own story of being a fish out of water and not belonging. I learned that night that even if someone doesn’t react to your show like a normal person it doesn’t mean you should throw a chair at them.”

As well as a comedian you’re an actress and writer. Which do you prefer?

“The one that pays the most! No, I’m only joking… a little bit. I have been acting ever since I can remember, I love acting and will always love acting – I am an imagination addict. I act because when I do I am allowed to live in so many different worlds, experience so many different things, emotions, places, lives! Right now I am in Istanbul shooting a horror film. I play the lead and in the past three weeks have had to give birth to a devil baby, get pulled into the darkness by unseen forces, chase a swarm of piranha flies in a morgue, get attacked in various ways and lose my sister.

“In reality we only get one life and that has never been enough for me. But as an actor you are very dependant on so many things and this is where it gets frustrating sometimes. This is why I love writing, because it is just you and the page. You are truly creating something from nothing. When I write I feel the most free. And I also procrastinate the most. In comedy it is all about shoving people off of the edge of their seats. There is so much funny stuff happening all around us all the time that is just overlooked and accepted by people as ‘normal’ but that really is hysterical and absurd. It’s about honesty, which is also very liberating.

“The thing that I love about comedy is that it is fast moving, you try stuff out, if it works you do it over and over again for the next 30 years and if it doesn’t you blame your menstrual cycle.

“It’s hard to say what I like the most. All three mediums are wonderful ways to infiltrate people’s brains.”

Have you been to the UK before?

“I actually have only been to the airport in London a million times. Somehow the universe has never led me to exit an airport terminal in the UK. I guess I could have taken matters in to my own hands but it just never happened. Years and years of mocking UK accents have all led up to this moment. So, this is my first time in the UK and in Scotland. But because I have been madly in love with Monty Python my whole life I feel very connected to the UK. Anyway, I can’t wait. I am dying of excitement and if I actually pass away the airline might cover my flight… so, I might be able to cut down on my budget at the same time!” 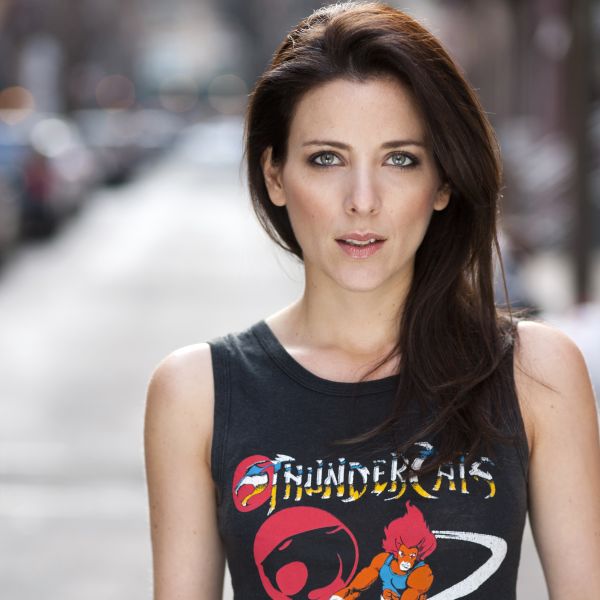