“As I have been a comedian for thirty years now I will be bringing my best jokes, one liners and epic stories of failure and humiliation. I have suffered great tragedy in recent years but to stand up there, eating up my time crying over heart breaks would go against the very reason I became a comedian in the first place. I don’t live anywhere. For the past eight years I have had everything I own in storage and I travel the world wide comedy circuits. I have the best life imaginable. I have been pepper sprayed in Paris. I almost drowned in Thailand. I had my own late night talk show in Amsterdam. I drank cobra blood and vodka shots in Vietnam.

“I have a lot of stories to tell, plus busting people’s brains out with the best jokes I’ve ever written.”

“Feels right on time. Edinburgh Fringe is the biggest most important comedy festival in the world and doing it is not something that I take lightly. Before now I have not been able to afford doing it financially or mentally. On top of that my monkey peanut brain had not fully formed yet. For most of my life I have been a hard drinking, pleasure seeking, and street fighting man.

“After busting open my head in Philadelphia earlier this year I decided to stop drinking. Now anything seems possible. I think any comedian worth his salt should at least do Edinburgh once in his career. I will not be making a career out of doing the festival once a year. I only want to do the full run once in my life and that is why I waited so long before doing it.”

“Transcendental filth. Dark and twisted but absurdly optimistic with a pro-humanity undercurrent.”

Have you visited Scotland before?

“Through the years I have made three trips to Edinburgh during the festival just to investigate.

“Ten years ago I was given a big bag of money to play at Jonguelers in Glasgow a few weeks before Christmas. I enjoyed the city immensely but trying to perform for office workers getting plastered on their company’s dime with a basket of cold broccoli and a turkey leg in front of them is not a good gauge of a city’s people. I have many Glaswegian friends and Teenage Fan Club is one of my favorite bands of all time so I would very much like to go back there to perform in a non-Christmas setting.”

“Traveling is my life. For the past eight years I have had everything in storage and travel continuously. I spend six months of the year touring relentlessly around the United States and six months doing the worldwide comedy circuits. I would be willing to bet that I have the thickest passport of any performer at this year’s festival. As I type these words to you now I am in Shanghai. From my window I can see shirtless workers building the latest dazzling skyscraper and down below I can see massive bundles being heroically balanced on bicycles. Next stop Vietnam!”

If you were curating a TV show, who would you have appear?

“Those are the people who make me laugh the hardest. I believe that statues should be erected in honor of these gentlemen.” 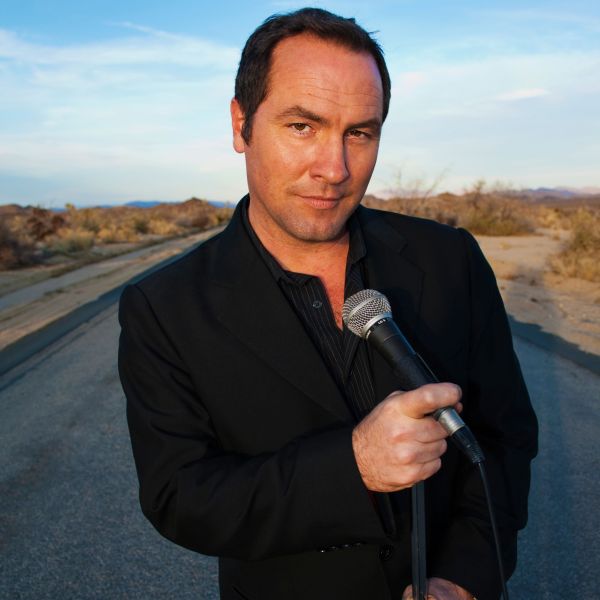