Joe Bains hosts London’s up-and-coming comedy club, Licence to Laugh, featuring comedians from the city’s comedy circuit. Joe talks to Martin Walker via email about bringing his club to Edinburgh for August, swapping one capital for another.

“I wanted to bring Licence to Laugh to the Edinburgh fringe, so it’s a compilation show.”

“Because they are well organised, which makes it quick and easy to book and organise your show with them.”

“I’m an IT geek, actually a Linux Network Administrator, and wanted to do something that was challenging and did not involve computers, plus I was dropped repeatedly as a child and wasn’t given enough love.”

“I lasted forty seconds on the Comedy Store gong show, and did a gig in Ipswich, where I didn’t get a single response from the audience; they just looked at me silently. I walked off to a very slow clap, and took solace with my friends Heineken, Budweiser and pity. 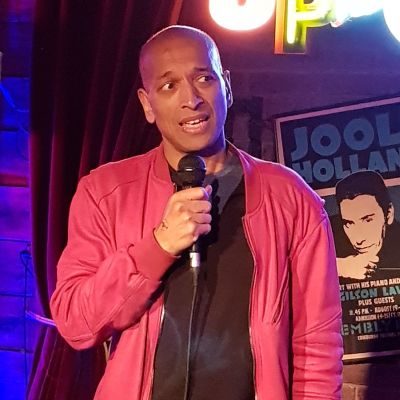