After last year’s From Top to Bottom Show Josh Smith returns to the Edinburgh Festival Fringe. Not What You Expected explores the various plans Josh’s family had for him. He never became an astronaut or brain surgeon, but a stand-up comedian which, of course, is not what they expected.

“My Show is Called Not What You Expected because being younger no one really expected me to be doing comedy. I wasn’t the most popular kid at school, or funny, so when it came about I was doing comedy everyone kinda said ‘Didn’t expect that’ so it’s all about me telling a few home truths and telling the audience a few stories that no nineteen year boy should ever have to share with the public.”

“I chose the Laughing Horse because they helped me a lot when I first started comedy and set me up with first fringe show last year in Edinburgh – and in Brighton earlier this year too. And with a well-known company it helps pull the audiences in.”

“I saw John Bishop a few years ago at Sheffield Arena and in that moment I knew that that’s what I wanted to do. Something about it seemed right and felt right. All the years of embarrassment helped me… when I’d tell people I was getting the laughs so I thought ‘Hey! Why not give it a go?’ Next thing I know I was doing my first show last year at the 2013 Edinburgh Fringe.”

Tell us your best, worst experiences as a comedian?

“The best experience is getting the whole crowd behind you and really get them into your comedy so that they feel they have experienced it. I did a gig in Wincanton and the whole room really got into my comedy and really enjoyed it and after the show so many people came up to me saying how much they enjoyed my set.

“The worst experience is when you do a gig and the audience aren’t really there for comedy they are there just want to have a natter and they don’t really give you a chance unless it’s a Sickipedia joke.”

“Never really thought about it before, I have no idea who I would have, it would all depend on who could really be bothered to come onto my television show…

“Bruce Forsyth – just so he could get the TV time and just to remind people he is still with us… and Dynamo – he makes everything look good. He could really help me with my attempt to walk on water so I can get people to call me Poseidon and feel like a god.” 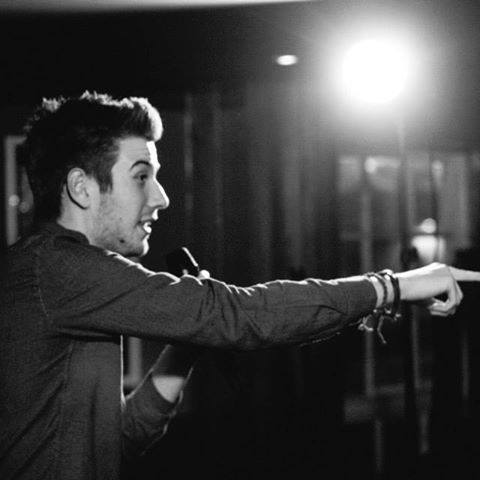