This year Alan Andreson returns to the Edinburgh Festival Fringe with his globetrotting, comedy whisky show, Whisky for Dafties. Sample six malty, peaty beverages whilst Alan explains the history, methodology and lore of the great drink that is whisky. Martin Walker finds out more.

“Is there a more quintessentially Scottish show at this year’s Edinburgh Fringe? A bucketload of whisky and barrel of laughs all topped with a mouthful of cheeky Glaswegian patter. All that’s missing is a round of golf, midges and deep fried pizza.

“Three years ago the licensing authorities tried to ban the show stating it promotes irresponsible drinking, they almost succeeded earlier this year in Perth Australia. Two years ago Dummies Empire tried to stop the show. But after three years of sell out shows across the globe I’m still pouring drams and educating people of the sillier side of Scotch.”

You’re at the Beehive Inn as part of the Scottish Comedy Festival.

“The Beehive Inn has the best selection of single malt whiskies of any performance venue in Edinburgh. It was a no brainer, a very Scottish show about a very Scottish produce should be with a very Scottish venue. Oh, and even more Scottish… the venue hire was bloody cheap!”

“Whisky is my calling whilst comedy is my career. I have stumbled across a show where I get to enjoy both my career and calling and make the purchase of whisky a legitimate tax expense. My wife wishes I could do the same with her love of gin, shoes and Polynesian ethnography.”

“I go too far all the time, however it is always with a smile on m face. Bizarrely in over a decade of doing this comedy malarkey I have only been punched once. That was in Liverpool and it was thoroughly undeserved.” 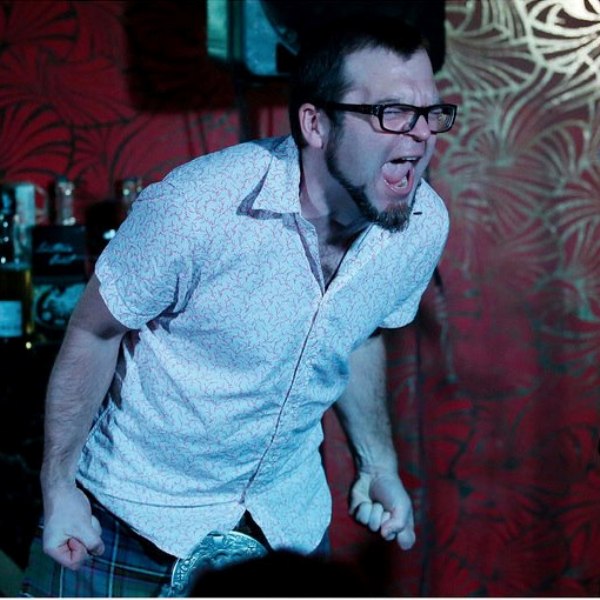