“Vote Russell Brand is a politically motivated stand-up comedy show focusing on the idea of apathy. One morning in October 2013 I woke up, logged on to Facebook and found that a lot of my friends had a new favourite politician… Russell Brand… the comedian. The evening prior Brand had been on Newsnight encouraging people to stop participating in democracy. This made me angry… so angry I wrote an Edinburgh show about how angry it made me. Here’s the blurb:

“Told through the subtly surreal story of a dream involving Nick Clegg in the guise of a neglectful husband, I explore my own emotional relationship with politics and am left pondering the value of democracy.”

Why did you choose to perform as part of PBH?

“This is my fourth year with PBH and I wouldn’t want to do the Fringe any other way. The PBH Free Fringe offers a fair deal to audiences, performers and venues. I think my favourite thing about doing a free show is that not having a ticket price allows the audience to decide how much they thought the show was worth after they’ve seen it. This gives me a much better idea of how much people are enjoying the show and ultimately how good the show is, as opposed to just how many tickets I’ve sold.”

How as you act evolved since your first Edinburgh Fringe solo show last year?

“That’s a very difficult question to answer because the shows are totally different. My first show, Alastair Clark BA(Hons), was an autobiographical show covering my university days. It had a set narrative, I knew the beginning and I knew the end; the jokes were a way of communicating the story. This show is a lot more conceptual; the jokes are a way to communicate a message. A message I’ve had to come up with, it’s what I think, not what I’ve done. And because it doesn’t have a strong grounding in anecdotes the jokes can be a bit more abstract. I think it’s a more mature, more sophisticated piece of work.”

“A bit boring but it would just be ‘play less computer games’. It distresses me to think about all the amazing things I could have actually accomplished in the thousands of hours I spent interacting with a screen. I mean sure, I saved hundreds of fictional kingdoms from disaster, I was the greatest detective that ever lived whilst simultaneously being the greatest criminal that ever lived and I killed more terrorists than I care to mention… but all I’ve got to show for it are sub-par A-Level results and some haggard calluses on my thumbs.”

“I’d use it as a brilliant opportunity to plug some of the people I gig with regularly who I think are brill, so: Joe Munrow, Rachel Slater, Liam Pickford, Will Setchell, The Legion of Doom, Hannah Jones, Gein’s Family Giftshop and Liam Bolton.” 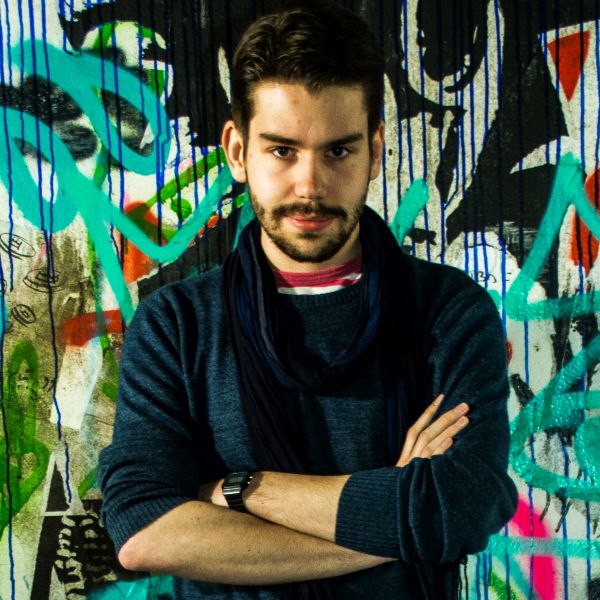