My show is club comedy about being right wing. I try to create a safe space where people can admit to having mainstream political beliefs – some diversity in the sea of soggy arsed Cobynista lefty virtue signalling at the Fringe. I say virtue signalling – I’ve never seen the virtue in policies that steal wealth from its creators and hand it to lazy people, or encouraging people to be fat, or criticising people for being born white and male. I take a scalpel to male feminists, Labour antisemites, fat activists, environmentalists, white male privilege and #MeToo. I defend Donald Trump, celebrate consumerism, break down prejudice against the white working class and show the inherent immorality and impracticality of socialism.

Technically the first time I got on stage and made people laugh was when I worked for Haringey Council and ran a stage at a community event in one of the New Labour initiatives to spend borrowed money on pointless initiatives with “community” in the title. As an omen for the Labour Live festival, loads of acts pulled out on the day, so I had to fill time. I can fart with my hands to a pretty sophisticated degree so I went up on stage and got people to shout out TV themes and I farted them. Did about 40 minutes, smashed it. I’m still trying to regain that high.

Yeah, I put on my gig shoes and change into my gig shirt. You’ve got to take a change of clothes and shoes to a gig, the promoter will subconsciously think you’re more professional. I’m disgusted at the slobbishness of some comedians, rolling onto stage wearing dirty trainers, tracksuit bottoms and a scruffy t-shirt. It’s showbusiness. People have paid for tickets and come for a night out, show them some respect. You wouldn’t catch a symphony orchestra dressed like shit. Then I put all the stuff in my pockets in my bag so that nobody’s looking at me wondering “what’s he got in his pockets?” instead of listening to me. It’s weird the things that can distract people from watching the person on stage – if someone comes through a door, everyone turns to watch them walk through. Maybe my next show will just be me walking through doors.

My best and worst review were the same review. My show last year, “I Can Make You Tory”, attracted a lot of lefty weiners who came specifically to get offended. These liberal snowflakes did a video review of my show saying I was “intimidating and unhinged… I was physically repulsed!”

I put a video together of their video review interspersed with clips of me smaaaashing it. This got me a lot of attention from the people like Rod Liddle, who did a feature on me in the Sunday Times. I’m hoping more weiners come to see the show this year.

Yes of course. It’s like reading a girlfriend’s diary.

They are the lowest form of villainy. Imagine being so shit at something that you can’t actually do it, but having such an ego that you think you can pass judgement on people that do. Scum. Subhuman scum.

I believe that Meechan committed a criminal offence because under the Communications Act of 2003, what he did can be interpreted by a court as a crime. Unfortunately, like a lot of legislation introduced in the last 20 years, it’s completely subjective. Some people found the video funny and some found it hugely offensive and to be honest I agree that they shouldn’t have been watching Count Dankula’s youtube channel. Because we can’t control your reaction to our words. Offence is taken, not given. One person’s joke is another person’s provocation. One person’s opinion is another person’s persecution.

Bad ideas evaporate in sunlight. If you let people voice their opinions out loud you can hear them, debate them, counter them. If you force them to voice them in underground internet message boards they’ll just find other lunatics who agree with them, because the internet is insane.

Yes, I’ve noticed a trend for comedians to recount conversations they’ve had where someone says something vaguely strange in lieu of writing actual jokes or material. They get a pavlovian titter because it’s a bit weird and it’s got the cadence of a joke, but it’s not the deep, nourishing laugh you get from an actually funny bit. Stuff like “my mum said if I was a type of bar snack, I’d be a pickled egg, because I’m round and I smell of vinegar”. Actually that’s good, that’s going in the show.

I went to Hull and back in a 16 year old Polo. I’ve got a Mercedes now, it goes really fast and has heated seats. You’ve got to crash the car to find out how fast you can go (I’m talking about a metaphorical car, not the Polo).

I love every show I do at Top Secret Comedy in Covent Garden. There’s something special about that club. The big room has a perfect chemistry, with jokes and laughter reflected at each other with the precision of the Hubble telescope. The guy who runs it, Mark, books really diverse acts so it’s always a good show to watch as well as be on. 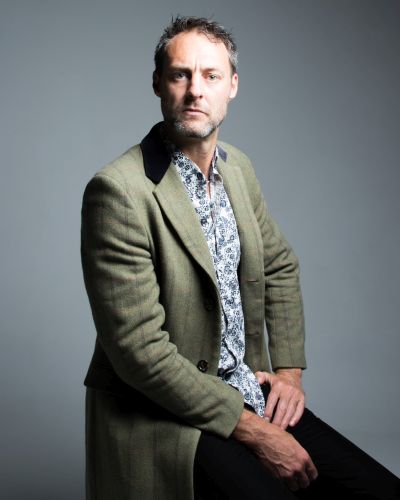