Alpha Child is critique of Alex Oliver as a person with a few complaints about bungalows thrown in for good measure. Alex tells us more.

It’s me trying to work out who I am, why I am and what we can do about it. It’s just a meandering examination of my life so far, the countryside, a conservative voting family, my voice, my body, a few sticky situations, wine, relationships and maturity all feature topped with a few complaints about a couple of other things!

Probably someone like my neighbour Phillip, he’s always happy and chirpy – what a way to live! Comedically, Dylan Moran is exceptional.

My worst was Nottingham Jongleurs – mainly because of me, a little bit because it was Nottingham, topped off by the fact my Mum decided that was a gig she would really like to see. My best, a small gig in Norwich, everyone was on board with everybody for the entire gig, the comedians were great as were the audience, no family were there – fantastic!

Probably from Chortle in the final of the student comedy awards in 2014. Steve Bennett seemed to like my set and wrote that I expressed myself ‘nicely’ which I guess is a bit like a date when your opponent says he/she was ‘nice’ – so no second date but on the plus side – at least my manners weren’t appalling! Three Weeks were cool – they said I ‘induced paroxysms of laughter’ – unfortunately only my mum seems to know what that means – which might mean my whole run is a repeat of Edinburgh – oh no!

Dan Brown – Inferno; at Secret Garden Party whilst everyone else was living in the moment.

What skill would you rather have – be able to fly or breathe under water?

Definitely breathe under water and pretend to be a jelly fish. 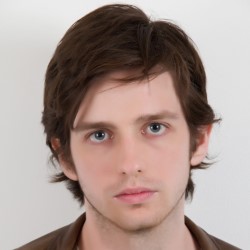